Arrested for Shoplifting on Route 22 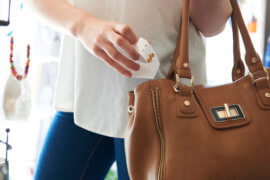 Route 22 in New Jersey boasts many popular stores, and where there are retail stores, there is shoplifting. That is not to downplay the significance of a shoplifting charge—if convicted, you may face time in prison and significant fines. A common source of shoplifting arrests and charges is Route 22 Retail Center, located between Route 22 and Morris Ave in Union, NJ, which features Target, Dick’s Sporting Goods, and Petco. Other shopping centers and stores in the Route 22 area are located in Green Brook, Mountainside, Watchung, and Springfield Township. A charge for shoplifting at any one of the retailers on Route 22 can have serious consequences for your life, including a criminal background, which can negatively impact your future employment opportunities, as well as a few months to even a decade in jail, depending on the level of shoplifting offense you are charged with.

If you or a loved one is accused of shoplifting from a store near New Jersey Route 22, you need to seek knowledgeable legal counsel from an experienced criminal defense attorney. The lawyers at our firm have been defending clients charged with shoplifting on Route 22 and elsewhere in Union County for years. Call our local office in Cranford at (908) 838-0150 anytime, day or night, to discuss your case.

Charged with Shoplifting on Route 22, What Should I Expect?

If you have been charged with shoplifting from a Route 22 retailer, the location of your court hearing will depend on what degree of theft offense you are charged with and which municipality the charges were filed in. There are different levels of shoplifting charges in New Jersey, depending on the value of the merchandise you are accused of shoplifting. If the value of the merchandise is less than $200, you may be charged with a disorderly persons offense. These cases are heard in the municipal court of the town or city where you were charged and are decided by a judge, not a jury.

When it comes to the court where you need to appear, if you were charged with a disorderly persons offense for shoplifting in Mountainside, NJ, your case will be heard at Mountainside Municipal Court, located at 1385 Route 11 in Mountainside, NJ. Cases of disorderly persons charges filed in Union Township, NJ are heard at the Union Municipal Court, which is located at 981 Caldwell Avenue #1 in Union, NJ. If you are charged in Green Brook, NJ, your disorderly persons offense case will be heard and decided by a municipal court judge at the Green Brook Municipal Court, located at 111 Greenbrook Road in Green Brook Township, NJ. If you’re arrested for shoplifting merchandise valued at less than $200 in Springfield, NJ, your case will be heard at the Springfield Township Municipal Court at 100 Mountain Avenue in Springfield Township, NJ.

What Happens if I’m Convicted of Shoplifting from a Route 22 Store?

Unfortunately, if convicted of stealing from a retailer on Route 22, whether it be in Springfield, Mountainside, Green Brook, Union Township, or another town, you can face jail time for even the lowest level shoplifting charge. According to NJSA 2C:20-11, which governs these offenses, disorderly persons shoplifting charges carry the potential of up to 6 months in prison and fines of up to $1,000. If you are found guilty of shoplifting merchandise with a value of at least $200 but not more than $500, a fourth degree offense, you can be sentenced to up to 18 months in prison and be ordered to pay fines up to $10,000. It is a third degree indictable offense, punishable by 3 to 5 years in jail and fines of $15,000, to shoplift merchandise valued at more than $500 but less than $75,000. If you are found guilty of shoplifting merchandise valued at $75,000 or more, a second degree offense, you could be facing jail time of 5 to 10 years and up to $150,000 in fines.

With the threat of significant jail time, high fines, and a criminal record, it is important to have an experienced lawyer at your side when facing shoplifting charges in New Jersey. If you have been arrested for shoplifting from a retail establishment on Route 22, contact our law office (908) 838-0150 to get a free consultation and discuss your options. We can be reached 24/7 so don’t delay.