Charged with a Crime in Elizabeth, NJ 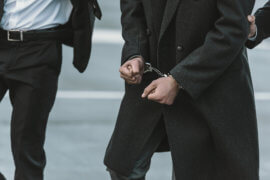 Elizabeth, the largest city in Union County, New Jersey, is home to approximately 125,000 people. Like any big city, Elizabeth has its share of crime, with some neighborhoods experiencing higher rates of crime than others. With a crime index of 10 out of 100 (100 being the safest), Elizabeth is only safer than 10% of other cities in the U.S. In general, the safest neighborhoods in Elizabeth are near Magie Avenue & Monmouth Road, S 5th Street & 3rd Avenue, E Jersey Street & 5th Street, Washington Avenue & Edgar Road, and Elizabeth Avenue & 5th Street. Certainly, these are not the only safe areas of Elizabeth and crime occurs in these neighborhoods as well. In fact, people are charged with criminal offenses in the city of Elizabeth more than any other municipality in Union County.

If you have been arrested in Elizabeth, NJ, you need a lawyer who understands how the system works and can use their experience and insight to best protect your interests. Whether you are facing criminal charges or are currently under investigation, the criminal defense attorneys at our firm are here to help you. With years of experience handling criminal defense cases in Elizabeth, our lawyers are thoroughly familiar with Union County prosecutors, the Elizabeth Municipal Court, and the Union County Superior Court. Contact us today at (908) 838-0150 for a free consultation with an experienced Elizabeth criminal defense attorney. We will answer all of your questions and if you so choose, fight for the best possible outcome in your case.

Facing Criminal Charges in the City of Elizabeth NJ

The majority of crimes committed in Elizabeth are property crimes, which occur at a rate nearly 4 times that of violent crimes. Yet, violent crimes in Elizabeth, NJ are a problem, occurring at a rate of 8.28 per 1,000 residents. Of those, the most common violent crime in the city is robbery, followed closely by assault offenses, including simple assault and aggravated assault. This differs from the national average of assault being more common than robbery. Rape and murder are considerably less common crimes in Elizabeth, with the rate of rape (also known as sexual assault) being nearly 6 times higher than the murder rate. Overall, the rate of rape is lower in Elizabeth than the national average per capita.

I was Charged with Robbery in Elizabeth. What Penalties am I Facing?

Under New Jersey law, you can be charged with robbery if you inflict injury on another person, use force, or threaten to use force to commit a theft. This is an indictable offense and it may be charged as a second degree offense or a first degree offense, depending on the circumstances. Typically, robbery is charged as a second degree crime and carries potential penalties of up to 10 years of imprisonment and up to $150,000 in fines.

However, if you attempt to kill someone, use or threaten to use a deadly weapon on someone, or inflict serious bodily injury, you can be charged with first degree robbery. The penalties for first degree robbery are even more significant including up to 20 years in prison.

What is the Possible Sentence for Theft in Elizabeth?

If you steal something that does not belong to you and are charged with theft, the consequences you face will depend on the value of the property you stole. If you are charged with theft of property valued at less than $200, a disorderly persons offense, you could be sentenced to up to 6 months in prison and ordered to pay $1,000 in fines, if convicted.

Other criminal charges issued frequently in the City of Elizabeth include shoplifting, marijuana possession, unlawful possession of a weapon, possessing heroin, cocaine, and driving under the influence. Depending on the degree of your charges, you may be required to appear in municipal or superior court. Disorderly persons and DWI cases are heard at Elizabeth Municipal Court, located at 208 Commerce Place Elizabeth, NJ 07201, and decided by a municipal court judge. Indictable cases are all transferred to Union County Superior Court, located at 2 Broad St, Elizabeth, NJ 07201. When you are facing the serious penalties of a criminal charge, you need a skilled attorney who can vet all of your options and diligently pursue the best one. Our criminal lawyers have been serving clients in Elizabeth and Union County for years and we are ready to fight for your rights. Call us at (908) 838-0150 now for additional information.