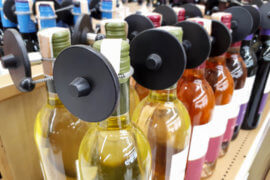 If you’ve been picked up by Cranford police for shoplifting, you want to find an experienced criminal defense lawyer familiar with the local court system and New Jersey shoplifting laws. Shoplifting in Cranford is a serious offense and can lead to jail time, fines, probation, community service and a criminal record. When it comes to shoplifting cases that arise in Cranford, prosecutors at the Cranford Municipal Court prosecute disorderly persons offenses, and Union County Superior Court prosecutors handle second, third, and fourth degree crimes for shoplifting. All of these cases are taken very seriously by the state, with certain mandatory penalties that may apply depending on the specific situation. Ultimately, you’ll need the guidance and information of someone who can help you make informed decisions about how best to handle Cranford shoplifting charges to obtain the most desirable outcome in your case.

Uniquely situated in Union County 45 minutes to the New Jersey coast, to the New Jersey mountains and to New York city, Cranford is a charming river town of 24,353 people who enjoy the rich history, diverse restaurants, plentiful shops and 15 parks. Featuring homes and buildings from the late 1800s and intersected by the Rahway River, Cranford was once a river town vacation spot, even known as the Venice of New Jersey. You can still take a canoe or kayak ride down the river to enjoy the sights. A lovely and lively town of only 4.8 miles, Cranford is jam packed with food options from around the world, a vibrant night life filled with bars, breweries, movies, theater, and music.

When it comes to violent crime, murder, rape, robbery and aggravated assault, Cranford is a relatively safe place to live. However, property crime and theft occur at a much higher rate than crimes involving harm or threats to individuals. So, even though downtown Cranford, a cornucopia of small shops, restaurants and the Eastman Plaza, was voted New Jersey’s number one downtown, it also draws shoplifters. As a result, Cranford police are constantly on the lookout for people to arrest on shoplifting charges.

Being charged with shoplifting is no small problem in Cranford, New Jersey, regardless of whether you have been charged with a disorderly persons offense or an indictable felony. Failing to get help from a top shoplifting defense attorney could jeopardize the future or your case and prove a long-term impediment to reaching your goals. If you have been accused of shoplifting in Cranford, contact our knowledgeable lawyers for a free consultation about your case and what can be done to reach the best possible outcome. Our local law office is located in the heart of Cranford, and we are happy to provide you with answers in a free phone consultation, or an appointment at our office in town. Call (908) 838-0150 for more information and let’s discuss your most effective defense strategy.

Shoplifting is defined as taking or hiding on a person’s body unpaid-for merchandise. It also includes using anti-theft or inventory control devices (demagnetizing anti-shoplifting security devices or changing bar codes on price tags) to get free or reduced-price merchandise. Additionally, getting merchandise at a lower price than the retailer’s selling price by switching tags or containers, or under-ringing merchandise is also considered shoplifting. The intention to permanently deprive a retailer of its merchandise or its full price is the primary element necessary for a conviction. However, a there is a presumption that you are shoplifting if you are found outside of a retailer or store with merchandise that you haven’t paid for. If they have probable cause to believe someone is shoplifting, a police officer, store security guard or a store owner may detain you without a warrant.

If it’s your first offense, a good lawyer can call into question any key evidence that might have been obtained unlawfully, lack of witnesses, insufficient evidence, or another defense that may lead to a dismissal. We may also be able to help you seek admission into a diversionary program like Conditional Dismissal or Pre-Trial Intervention, where you can serve a period of probation, comply with certain conditions, and then have the charges dismissed upon successful completion of the program. You might also have your criminal record expunged five years after completion of the sentence for a disorderly persons shoplifting offense, 6 months after completing conditional dismissal or PTI, or 6 years for a felony shoplifting charge. If the charges are dismissed outright, you are eligible to expunge the arrest immediately. For help expunging Cranford shoplifting charges, simply contact our lawyers today.

Contact a Cranford NJ Shoplifting Lawyer who can Help

If you have been arrested for shoplifting in Cranford, securing the services of a knowledgeable Cranford criminal defense attorney is a crucial first step to exploring your options and protecting your rights. Contact us today at (908) 838-0150 to speak with an experienced attorney about your specific case free of charge. A member of our team is available immediately to assist you.