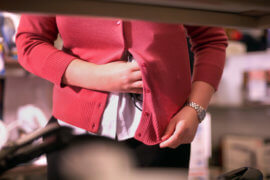 Whether it is theft of a bicycle leaning against a building, or theft involving burglary of a car, the police arrest and file theft charges against individuals in Cranford, New Jersey on a regular basis. At the heart of Union County, for two years running, Cranford has been named the best downtown district in New Jersey. It was also named one of the best places to live. Perhaps this is because it has a beautiful downtown, a sense of community, and countless county and state parks for residents and visitors to enjoy. Rahway River Park cascades the Rahway River in Cranford, making it a popular destination for outdoor enthusiasts. Additionally, Cranford Station makes the commute into Penn Station an easy trip for working people who prefer a less busy family lifestyle. Despite all that the town has to offer, much like other New Jersey towns, Cranford’s charm does not insulate the inhabitants from crime. One common crime committed in Cranford is theft, for which thousands of people find themselves arrested for disorderly persons offenses and indictable felony crimes each year.

Theft takes many forms, all of which can lead to serious criminal charges and penalties, impact your immigration status, and deter future employers from hiring you. With the potential to damage your reputation and your bank account, it is vital to seek counsel and defense from an experienced theft attorney if you have been charged with theft in Cranford, New Jersey. Our team at Proetta & Oliver includes highly skilled and dedicated Cranford theft defense lawyers who will analyze your case and seek the most favorable resolution. If you have been accused of a theft crime in Cranford, contact our local office today at (908) 838-0150. Learn more and speak with a lawyer about your case free of charge by calling or contacting us online now. If you enlist our representation for your top defense, we will review the evidence, argue on your behalf, and be there every step of the way.

Before going to court to face theft allegations in Cranford Municipal Court or Union County Superior Court, you need to understand the basics of theft charges, as well as the potential consequences if convicted. The term “theft” encompasses a wide scope of prohibited conduct in New Jersey. In the most basic and purest form, theft under N.J.S.A. 2C: 20-3 means that you intentionally took something of value that did not belong to you, and that it was your intention to keep it and not to return it to its rightful owner. The item can be either movable property such as a TV, phone, or money, or it can immovable property such as an interest in something like a home, etc. Essentially, for a theft to be complete or proven, it must be established that the item taken has a value, that it belonged to someone else, and that you had no legal right to take it but you did so anyway. If you are convicted of theft, you will be sentenced in accordance with the criminal code, and the severity sentence will depend on the degree of the crime charged.

When dealing with theft charges, the degree of the crime charged, and the potential sentence is based upon the approximate value of the item taken. If the amount of the item taken has a proven value of anything above $200, you will be charged with an indictable felony offense. All felony crimes are subject to possible terms in New Jersey state prison, as well as both mandatory and discretionary penalties, which are as follows.

If the value of the item is $75,00 or more, you will be charged with the most serious level of theft, a second degree crime. Second degree crimes carry mandatory state prison terms of 5-10 years. This means that unless you enter Drug Court, get into the Pre-Trial Intervention Program, or have the charges lowered to a third or fourth degree crime, you must serve time in state prison if convicted. Additionally, the court may impose a $30 Law enforcement officers and Equipment Fund penalty, a $50 Victims of Crime Compensation fee, a $75 Safe Neighborhood Fund Fee, the cost of DNA testing, and up to $150,000 in discretionary fines. Thankfully, most theft cases are third degree or lower and while it can be ordered, state prison is not mandatory. You can be charged with a third degree crime of theft if the item(s) are proven to be worth less than $75,000 but more than $500. If you have never been convicted of a crime, there is a presumption against state prison. However, the court could sentence you to 3-5 years in state prison together with the mandatory fines above, as well as much as $15,000 in additional fines. For the lowest level indictable felony theft charges, a fourth degree, if convicted, you may be forced to go to prison for 12-18 months, pay up 10 $10,000 in fines, and pay the required State fees noted above.

In Cranford, for the above felony theft offenses, your case will be heard in Union County Superior Court located at 2 Broad Street Elizabeth, New Jersey.

If you have received a notice or have been arrested and summoned to the Cranford Municipal Court located at Cranford Municipal Building 8 Springfield Avenue, Cranford, New Jersey, chances are that your case involves a disorderly persons offense for theft, as opposed to an indictable crime. Disorderly persons offenses are lower-level criminal offenses that will not subject you to state prison. However, in a theft case, if it is proven that the item was worth any amount up to $200, you can be sentenced to serve time in the Union County Jail for a maximum of 180 days, be placed on probation, and be ordered to pay up to $1000 in fines, as well as the required mandatory fines.

Sometimes, the police either charge a theft in conjunction with other crimes, or they charge other crimes because they cannot prove the theft. For example, burglary is a crime intertwined with theft. In Cranford, you may be familiar with the recent car burglaries allegedly committed by a local teen. In those cases, the alleged culprit was said to have gone into cars that he had no permission to enter with the purpose of taking items that did not belong to him. The taking of the items amounts to a theft. When it comes to burglary, solely the intent to enter or remain in a structure for the purposes of committing a theft can give rise to these charges. In many cases, the person that commits a burglary is caught on camera or is caught later when he or she tries to pawn an item.

In cases involving pawned items, a person may be charged with receiving stolen property. Such a charge has theft at its root, but the state cannot necessarily prove that the individual actually stole the items. Instead, the state believes you had reason to know or believe that the item that came into your possession was likely stolen. For instance, if your friend who has been couch surfing and has no identifiable source of income, brings you are 2 carat diamond and asks you to go to the pawn shop for him, a red flag should go up signifying that the item may be stolen.

Other forms of theft in Cranford can include:

Charged with Theft in Cranford, What are my Options?

The good news is, no matter what the theft charges or degree of the charges are in your case, there is always a potential resolution. Every court in this state is not equipped to handle the volume of criminal complaints. Therefore, most courts encourage some form of resolution prior to a trial. In some cases, the original complaint can be dismissed or downgraded from an indictable to a misdemeanor. In other cases, while the charge may remain an indictable offense, you and the state may make a plea agree that accommodates your needs, such as receiving probation only without any jail. In some cases, if you have never been convicted of an offense before and do not have a prior dismissal through diversionary program, you may be eligible for Pretrial Intervention also known as PTI. PTI can take your case off the trial track and allow for dismissal if all conditions are met. PTI is for those charged with indictable theft crimes in Superior Court, while municipal court’s offer similar program for disorderly persons offenses known as a conditional dismissal.

Moreover, Drug Court is a program available for those which have more extensive records or charges and who struggle with substance abuse. Much like PTI, Drug Court allows a person to avoid substantial consequences of a conviction. Additionally, Drug Court proves useful in not only tackling addiction, but also diverting people from state prison when charged with fourth, third, or second degree crimes involving theft. Lastly, depending on the discovery evidence in your case, there may be valid defenses that can be used to get your theft charges dismissed altogether.

Seek Help from a Theft Attorney in Cranford, NJ

All theft offenses may have an impact on you both personally and professionally if you are ultimately found guilty. For example, employers often perform background checks, and your record will display a charge and conviction for either a disorderly persons offense or a felony theft crime if convicted. Some employers may be less likely to hire a person with a crime involving dishonesty when compared with candidates who have no record at all. Theft is considered a crime of moral turpitude, meaning businesses and the state will consider your potential to impact their businesses or potentially cause financial losses when you seek future opportunities. With this in mind, it is vital to retain counsel from a knowledgeable criminal defense lawyer who knows how to challenge theft charges in Cranford and Union County, New Jersey. Contact our attorneys now at (908) 838-0150 for a free consultation about your case. A skilled Cranford theft lawyer at our firm is available immediately to answer your questions. You can also schedule an appointment to discuss your theft case at our local office in Cranford NJ.