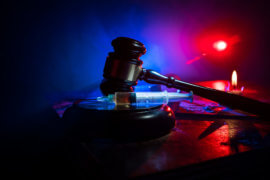 Westfield New Jersey, located in Union County, is only 16 miles from New York City. The 30,000 residents enjoy the simultaneous pleasures of suburban and urban life, working hard for the right to call Westfield home. This can be costly, as the median household income in Westfield increased in recent years to approximately $160,000. But, as you may know, drug use and abuse knows no economic bounds and impacts everyone. From CEOs to those suffering from chronic homelessness, individuals across the United States have been impacted by drugs in some way, shape, or form. Despite the prevalence and accessibility of controlled dangerous substances of all kinds, New Jersey strictly regulates and prosecutes individuals accused of drug offenses. Westfield police officers vigorously enforce the laws of the state, often arresting and charging residents and visitors alike with drug possession. If you, a family member, or friend has been charged in the town of Westfield with possessing a controlled dangerous substance (CDS), you are not alone. Contact our office now for a free consultation regarding your case. Our attorneys are available to assist you by calling (908) 838-0150 now. If you choose to retain our firm, you can rest-assured that an experienced Westfield drug possession lawyer with personal investment in your best interests will be taking care of your case moving forward.

A controlled dangerous substance (CDS) is any substance or compound that is delineated among one of the five schedules of controlled dangerous substances. By and large, the list of substances in New Jersey follows the Federal Government’s list of controlled substances. Some drugs are per se illegal, while others can be possessed in accordance with state law. Aside from a small amount of marijuana, possessing nearly any substance listed on the schedules without a prescription authorizes the police to charge you with an indictable (felony) crime. Small numbers of unauthorized prescription medications, particularly four or fewer pills, is a disorderly persons offense in the same category as possession of marijuana under 50 grams.

In Westfield and throughout Union County and New Jersey, possession of any controlled dangerous substance (CDS) listed on the five drug schedules will result in a criminal
complaint being filed against you, excluding drugs for which you have a valid prescription.

Possession of drugs necessitating the filing of criminal charges include:

In the realm of prescription drugs, unauthorized possession results in arrests for those found with:

Charged with Possession of CDS in Westfield, Where will I go to Court?

If you have been charged with a drug possession offense, you will have to go to court whether you like it or not. For an indictable drug offense charged in Westfield, you will attend court in the Union County Superior Court, Criminal Division. Lesser disorderly persons drug offenses are heard in Westfield Municipal Court, which handles cases for possessing less than 50 grams of marijuana, drug paraphernalia, and failing to turn CDS over to police.

The difference between the two courts is the severity of the charges, the potential sentences, and the possibility of the court holding you in jail while the case is pending. In particular, when a felony complaint is filed, the court will run your PSA (Public Safety Assessment) score, which dictates whether you should be released or held in jail until trial. The scoring system under criminal justice reform (CJR) is meant to replace cash bail and only detain defendants who present a flight risk, pose a danger to the public, or are likely to commit additional crimes while out in the community. While CJR is good in theory, the scores are largely based on your prior behavior, the nature or egregiousness of the alleged crimes, and for some people, this means that they will be held without bail until the completion of their case. Having a qualified lawyer to defend you at a detention hearing can be invaluable when your job and your livelihood are at risk of being negatively impacted by the outcome of your bail review.

Am I going to Jail for Drug Possession in the Town of Westfield?

This is a tricky question. Whether or not someone will go to jail depends on many factors. Some factors include your criminal history, your willingness to seek treatment, whether anyone was injured, your likelihood of responding affirmatively to probation, your character and attitude, the hardship to your dependents, and any other factors the judge wishes to consider. And this is only if the case doesn’t go your way and you are ultimately convicted.

The degree of crime is also extremely influential in determining the potential sentence. Most possession of CDS cases involve third and fourth degree charges that may not warrant jail. Possession of drugs like meth, cocaine, LSD, heroin, and MDMA, are generally third degree offenses. Larger quantities may cause accusations for a second degree crime of possession with intent to distribute. Similarly, if you are caught dealing the substances, you will be charged with drug distribution and face more severe consequences. But by and large, for drug possession, third degree crimes are the most common.

There are many factors that the court takes into account when deciding how you should be sentenced if a finding of guilt is entered. The collection of aggravating and mitigating factors, which can be expertly presented by your defense attorney, can cause the judge to either be heavy-handed or to impose less severe sanctions. Generally speaking, those without any criminal history are in a much better position to receive a lower sentence or better resolution than those with criminal pasts. For instance, if you are a first offender and have never received a conditional dismissal, conditional discharge, or PTI before, you may be eligible for a diversionary program that will result in dismissal of your charges.

Arrested for Drugs in Westfield NJ, can a Lawyer Help me get the Case Dismissed?

Pre-trial Intervention, known as PTI, is an available option for some indictable drug charges if you have never had a criminal conviction before. If the court finds that you meet the criteria for admission, the charges against you will be postponed to give you an opportunity to fulfill court-imposed obligations. If you meet all obligations in the specified period of time, your charges will be dismissed. There is a similar program called conditional discharge that can be used in municipal court to obtain the same result.

Now remember, these options may only be used one time in your life, so having a good lawyer review your discovery package for available defenses that can be used to get the charges dismissed altogether, should be the first step. To that end, if you are facing Westfield drug possession charges, contact us at (908) 838-0150 today for a cost-free, no obligation consultation. A member of our skilled defense team will walk you through your case and explain your potential avenues toward the best outcome.