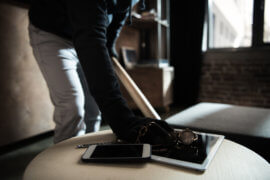 Depending on how you are accused of stealing something, the value of the alleged theft, and the thing you allegedly stole, you can face anything from a misdemeanor to a felony charge for theft in Elizabeth, New Jersey. There are a surprisingly high number of separate criminal charges for the act of taking something that does not belong to you, possessing something stolen, or taking control over something that isn’t yours, otherwise known as theft.  The level of the charge, technically known as a disorderly persons theft offense or indictable theft offense, can result in penalties ranging from a fine and community service, to a state prison sentence. The bottom line is, you need to know what exact theft charges you are facing, the punishments you are now exposed to, and where your case will be handled as soon as possible after being arrested in Elizabeth for a theft offense. Next, find an experienced criminal defense lawyer defending clients Elizabeth and Union County, NJ, which you have found in us. Call (908) 838-0150 for a free consultation with a local Elizabeth theft attorney and learn more based on the facts of your particular theft charge. You can also set up an appointment at our Union County office and come in to meet with an attorney on our team.

One of the most common types of theft charges that you may face in Elizabeth is shoplifting. A security guard may temporarily detain you and an officer may arrest you if they have reason to believe that you have either taken an item from a retail establishment without paying for it or tampered with the price tag applicable to a particular retail item. The severity of the charge depends on the value of the item that you allegedly took. If the item you are accused of taking was worth up to $200, this is a disorderly persons offense. If the item was worth over $200 but under $500, you face a fourth degree indictable offense. The degree of the charges keep increasing in severity as the value of the merchandise goes up.

If you are accused of stealing in another context, you may be charged with theft of movable property, theft by deception, theft by extortion, or theft of services. In general, theft charges increase in severity as the subject of the theft increases in value, starting with a fourth degree crime and increasing from there. If you are accusing of theft or intending to commit a theft from someone’s home or business, you may face even more severe burglary charges. Simply entering a home or business without permission and with the intent to steal can be charged as a serious third degree crime or an even more serious second degree crime if you supposedly committed the act while armed with a weapon. There are a few other ways to be charged with theft involving a credit card, theft of a prescription pad or blank, identity theft, or theft of a motor vehicle (also known as auto theft).

Arrested for Theft in Elizabeth, What Happens Next?

Theft or shoplifting involving low dollar value items may be tried in municipal court as a disorderly persons offense, depending on the value of the item. More serious first degree, second degree, third degree, and fourth degree indictable theft crimes are tried in superior court. When theft is charged as s disorderly persons offense, it can expose you to 6 months in jail and a fine of $1,000 dollars. On the other hand, more serious indictable offense charges for items over $500 can expose you to 18 months in jail and thousands of dollars in fines for fourth degree crimes, 3-5 years in state prison and up to $15,000 in fines for third degree crimes, and 5-10 years for second degree crimes. The majority of theft cases involve either fourth degree or third degree theft, as these charges cover amounts ranging from $200 to $75,000.

When you’re looking for a lawyer to aggressively challenge your theft charges in Elizabeth, New Jersey, you need a highly reputable professional who should not only practice solely criminal defense, but also have specific experience handling cases in the local court where your case will be decided. Getting personalized guidance from a skillful attorney can truly turn to tide in your theft case. We have the knowledge and credentials you want on your side. Contact us anytime at (908) 838-0150 for a free consultation.