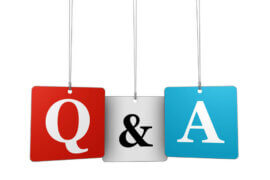 Drunk driving laws differ from state to state and can be complex and confusing. New Jersey has strict laws against driving drunk or under the influence of drugs that you should be aware of if you live in the state. When you or someone you love has been arrested and charged with a DUI, it is always advisable to get your specific questions answered by an experienced DWI defense lawyer. Each DWI case is unique, so getting an evaluation by an attorney who has handled many of these cases in the past is a good way to know what applies to your individual circumstances. The attorneys at Proetta & Oliver have been trained, educated, and put to the test in New Jersey courtrooms, having successfully handled thousands of DWI cases on behalf of clients in Union County towns such as Cranford, Clark, Mountainside, Berkeley Heights, Rahway, Roselle, Union Township, and Elizabeth. If you are in need of assistance with a DUI charge that has been brought against you or someone you know, please contact our local office at (908) 838-0150 for a free legal consultation.  You can also reach out to our firm online to set up a consultation with an attorney on our team. This is always provided at no charge, and we encourage you to contact us 24/7 if you need assistance.

Below are frequently asked questions regarding New Jersey DWI/DUI offenses.

What is the meaning of DWI/DUI?

DWI is the abbreviation for Driving While Intoxicated and DUI generally means Driving Under the Influence. Both refer to New Jersey’s prohibition on drunk driving or driving with drugs in your system and these terms are used interchangeably. The penalties for either type of violation of the statute, N.J.S.A. 39:4-50, include fines, fees, surcharges, education programs, possible license suspension (except for first-time offenders charged with alcohol-related DWIs who may be able to avoid suspension with an ignition interlock driving device), and possibly jail. A DWI/DUI conviction involving alcohol rests on a driver’s Blood Alcohol Content, or BAC, a field sobriety test, or both.

The legal BAC threshold for a DWI/DUI is .08%. That means that you are presumed to be drunk with a BAC of .08%. But that does not mean that driving with a lower BAC is legal. You could be considered too impaired to operate a motor vehicle with a BAC under .08%. If you appear drunk or under the influence of some controlled substance when pulled over, you may be arrested for drunk driving despite a BAC under the legal limit.

What if I was charged with driving on drugs, not alcohol?

It is illegal to drive with drugs in your system, just as it is illegal to drive while impaired by alcohol. The difference is evidence for a DUI/DWI conviction for alcohol is confirmed by breathalyzer test results. For drugs, blood and urine tests are often used to verify drugs in a suspect’s system. A Drug Recognition Expert (DRE) may also be called in to evaluate you and their report may be entered as evidence in your drug DUI case. The penalties are similar to those for a DUI involving alcohol, although ignition interlock devices are limited to alcohol-related drunk driving convictions and a first time driving on drugs charge still carries a mandatory loss of license.

How bad is it if I was charged with driving with a suspended license after being convicted of a DUI?

Are there other costs associated with a DWI conviction?

Fines for a first-time conviction can cost up to $500.00 in fees, a second offense up to $1,000.00, and a third violation firmly $1,000.00. The amount depends on the BAC level. Other influences on the fees are related to the individual charged and their history. If it happened while the driver’s license was suspended, the fees increase. Additional fees include $230.00 a day for a mandatory Intoxicated Driver Resource Center (IDRC) alcohol education program. The number of attendance days increases with BAC level and prior offenses. Another $175.00 is paid to driving and neighborhood services funds.

All DWI convictions require the driver install an Ignition Interlock Device that prevents their car from starting if alcohol is detected when the driver blows into the device. The cost of installation can cost up to $200.00 and the rental fee up to $100.00 per month. First time offenders must maintain the device for at least 3 months, but prior convictions and high BACs increase the time.

If the police ask me to take a breathalyzer test, Can I say no?

It is not advisable, as you will still be charged with a serious offense that rivals a standard DUI offense. Refusal to take a breathalyzer test is a separate violation and carries the same penalties as a DWI. But on top of that, you lose the opportunity to potentially challenge the breath test results for a DWI, which can be a very effective method for getting the DWI charges dismissed outright.

Can I say no when an officer requests a field sobriety test?

A field sobriety test assesses your ability to perform tasks demonstrating your reflexes and comprehension, including balance, visual tracking, and following directions. An officer asks a driver to perform one if they suspect the driver is impaired. You can refuse to take field sobriety tests, but an officer is not obligated to tell you that, and this by no means ends the DUI investigation if law enforcement believes you may be operating a motor vehicle under the influence. Arguably, it simply raises suspicions more.

Can I get approval for a special license to drive to work or school?

A hardship license allows drivers with suspended driving privileges to drive under certain conditions. However, New Jersey does not offer that option. Drivers with suspended licenses due to a DWI must find alternative means to get to work, school, and other destinations.

What happens if I am from another state and get charged with a DUI in New Jersey?

If you have an out-of-state license and are convicted of a DWI/DUI, your penalties are the same in New Jersey as if you had a New Jersey driver’s license. However, state administrators report your DWI/DUI conviction to the other states, including your home state that issued your license. As each state has their own DWI/DUI laws and penalties, what happens to your license in your home state depends on the law of that state. The issuing state may suspend your license in addition to New Jersey’s license suspension or may defer to New Jersey’s penalties.

Can I defend myself and try to handle my own DWI case without a lawyer?

Since a DWI/DUI conviction stays on your driving record, can impede your life functioning, and is costly, you want to make sure that you are not convicted if at all possible. A DWI/DUI on your record may cast doubt on your character to future employers and follows you for the rest of your life, which can be especially problematic if you drive for a living or end up charged with another driving under the influence offense in the future. Relying on a lawyer’s expertise to defend you is a safer strategy for a better outcome than defending yourself against the prosecuting attorney in municipal court. Attorneys with drunk driving defense experience not only know the laws you may not know, but the court procedures and rules that allow you to defend yourself against an unsupported or illegal conviction.

For example, an attorney can review your circumstances and assess whether the police acted properly in stopping, arresting, or searching you or your vehicle. They can also ask the court to throw out any evidence improperly seized from you, like drugs. Moreover, they can examine what the police said or failed to say to you and how the field sobriety or breathalyzer test yielded suspect results due to improper procedures or malfunctioning equipment. In other words, an experienced drunk driving defense attorney can argue for your case’s dismissal when the police or prosecutor violated your legal rights to be treated fairly under the law.

If you would like to speak with a knowledgeable lawyer about a DUI charge in New Jersey, be sure to call (908) 838-0150 for a free consultation today.