How Serious is a Shoplifting Charge in New Jersey? 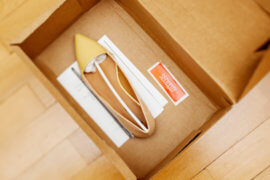 People are charged with shoplifting every day in New Jersey. Unfortunately, this doesn’t mean that the state takes these crimes lightly. In fact, New Jersey punishes shoplifting offenses harshly, with potential jail time and many other penalties. Unbeknownst to many, you can be charged with a serious, felony-level crime for stealing an item as common as an iPhone. The following explores the severity of shoplifting charges in New Jersey, including the various degrees of shoplifting offenses, potential penalties if convicted, and how a shoplifting charge will impact your criminal record. If you or a loved one has been charged with shoplifting, call (908) 838-0150 to speak with a lawyer at our Union County criminal defense firm free of charge about your case. When you are in need of aggressive defense in Kenilworth, Union Township, Mountainside, Cranford, Clark, Berkeley Heights, Scotch Plains, Westfield, or other Union County areas, we are one phone call away. Our lawyers are available anytime to provide you with a free consultation.

Charged with Shoplifting in Union County, What does it Mean?

New Jersey takes shoplifting seriously and aggressively pursues those who commit retail theft crimes. With that said, first-time shoplifting offenders can sometimes take advantage of special programs that will result in the dismissal of the case. These options include conditional dismissal for crimes prosecuted in municipal court (known as disorderly persons offenses and petty disorderly persons offenses, which are similar to misdemeanors) and Pretrial Intervention for more serious crimes that are prosecuted in Superior Court (indictable offenses/felonies). There are specific eligibility requirements for each of these programs, but generally you must not have a criminal record prior to the shoplifting case.

Will Shoplifting Stay on My Permanent Record?

Yes, shoplifting charges from disorderly persons offenses all the way up to second degree crimes will show up on your criminal record if you are found guilty. The charges may be dismissed, however, based on any number of defenses or evidentiary issues, or if you complete PTI or conditional dismissal, as discussed above. Depending on how your case is resolved, after a certain period of time and subject to certain conditions, you may be able to get your shoplifting charge expunged and removed from your permanent record. The waiting periods vary based on the outcome of your case and the degree of your shoplifting charge.

If you are in need of assistance with a shoplifting case, contact our local criminal defense law firm with offices in Cranford, NJ for the help you need today. You can also contact us online 24/7. Our attorneys can walk you through this process and explain your eligibility for expungement, as well as aggressively defend you against shoplifting charges in court.