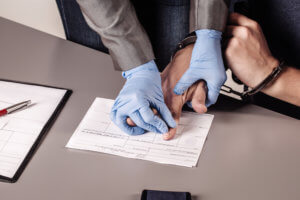 Offensive behavior can cross a line to the point that it becomes a crime in New Jersey. Specifically, performing offensive acts in the presence of another person can result in criminal charges for lewdness under NJSA 2C:14-4. Being charged with lewd conduct means you are facing extensive punishments, not the least of which is a conviction for a sex crime on your criminal record. If you have been accused of exposing yourself or otherwise engaging in lewd behavior in front of another person, it is critical to have your case evaluated by an experienced sex crimes lawyer who can explain your legal options and discuss your best defense. Our Union County sex crimes attorneys at the Law Offices of Proetta & Oliver have been defending clients arrested for lewdness in Linden, Scotch Plains, Cranford, Elizabeth, Summit, Clark, and elsewhere in New Jersey for many years. With a practice that focuses entirely on criminal defense, we have an in-depth understanding of the law and how we can use it to your advantage in court. To discuss your case with a member of our firm today, call our local office in Cranford at (908) 838-0150 or contact us online. Consultations are entirely confidential and provided at no cost to you.

New Jersey section NJSA 2C:14-4, states that a person commits a disorderly persons offense if they perform a flagrantly lewd or offensive act that they know or reasonably expect will be observed by other, non-consenting persons who would be offended or alarmed by such an act. The statute further explains that “lewd acts” include a person exposing their genitals for the purpose of arousing or gratifying their sexual desires or the desires of any other person.

A person also commits a fourth degree indictable offense under the lewd conduct statute if they expose their “intimate parts” for the purpose of arousing or gratifying their sexual desire or the desire of anyone else in a situation where the person committing the crime knows or expects that they are likely to be observed by a person with a mental disorder that renders the victim unable to understand the sexual nature of the criminal actor’s conduct.

Charges for lewdness may arise from performing a sexual act in public, in a vehicle, walking around nude in your yard or in front of a window, or based on indecent exposure or flashing another person.

What are the Punishments for Lewd Conduct in New Jersey?

The consequences associated with criminal charges for lewdness vary based on whether you are convicted of a disorderly persons offense or a fourth degree crime for lewd conduct. A disorderly persons lewdness offense can potentially result in up to a 6-month term in jail and up to a $1,000 fine. A fourth degree indictable lewdness offense carries potential penalties of up to $10,000 in fines and up to 18 months in prison. There are a number of other potential penalties for lewdness, including community service or probation. Those convicted of lewdness violations will also have a criminal record which can present a problem as you move forward in pursuit of jobs or other opportunities.

If you are charged with lewdness in Union County or anywhere else in New Jersey, you should contact a knowledgeable sex crime defense attorney for advice as soon as possible. Contact our lawyers at (908) 838-0150 to discuss the potential defenses that may be available vased on your particular case. Remember, the prosecution must prove that you knew or reasonably expected that someone else saw the conduct in question. Demonstrating to the court that you believed you were in private can serve as a viable defense. We may also argue that there was no sexual motivation behind your conduct. Reach out anytime for more information and a free consultation.