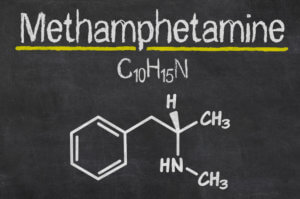 The penalties for methamphetamine offenses in New Jersey vary, with higher amounts of the drug triggering more serious criminal charges and more severe penalties. In addition to facing prison time, fines, suspension of your driver’s license, community service, and other penalties, you will have a drug conviction on your criminal record. This could harm your reputation both personally and professionally, as well as making it difficult for you to secure or keep a job in the future because prospective employers will see that you’ve been convicted of a drug crime. Fortunately, just being charged with possession, distribution, or intent to distribute methamphetamine does not mean you must be convicted. You are entitled to a presumption of innocence and to aggressively defend against these charges in court.

The seasoned criminal defense lawyers at Proetta & Oliver are ready to protect your innocence and we always seek to resolve our clients’ criminal cases in the best manner possible. If there’s a way to beat the methamphetamine charges against you, we are committed to finding it and using it to your advantage. With local offices in Union County, we serve all communities in the area and central New Jersey, including Elizabeth, Clark, Rahway, Roselle, Linden, Plainfield, Mountainside, Union Township, and Springfield. Contact us at (908) 838-0150 for a free initial consultation and let’s discuss your case and possible options.

Meth possession is addressed in the New Jersey criminal code under N.J.S.A. 2C:35-10, along with other controlled dangerous substances like marijuana, cocaine, heroin, and prescription drugs. Methamphetamine is not mentioned by name in the statute, but it is covered in the provision that stipulates the penalties for illegal possession of a Schedule II substance. As set forth by the statute, it is unlawful for any person, knowingly or purposely, to possess a Schedule II controlled dangerous substance without a valid prescription from a licensed medical practitioner. Anyone who violates this part of the law is guilty of a third degree crime, which is punishable by a sentence of 3-5 years in prison and a fine of up to $35,000.

N.J.S.A. 2C:35-5 of the New Jersey criminal code addresses meth distribution. Unlike the CDS possession statute, the drug distribution statute specifically mentions methamphetamine. The degree of charges, and the penalties, for methamphetamine distribution are based on the weight of the drug involved in the unlawful sale. The weights and amounts are broken down accordingly:

Can a Lawyer Defend me Against Methamphetamine Charges?

Absolutely. You need a criminal defense lawyer who will zealously represent you and help you contest the methamphetamine charges right from the start of the legal process. Depending on the circumstances of your case, it may be possible to get the charges against you dismissed or, at the very least, downgraded to a lesser offense so that you can avoid the most severe penalties. Issues with evidence, searches and search warrants, witness statements, and other components of the prosecution’s case may actually be a good thing for you. Many times, pinpointing problems with these can be used to beat drug charges in New Jersey.

You may have alternatives to a conviction as well. For instance, methamphetamine possession is a third degree indictable offense and carries harsh penalties for anyone who is convicted or pleads guilty. However, methamphetamine possession, like other third degree drug offenses, has a presumption of non-incarceration for first-time offenders. This means that if you do not have a prior drug crime conviction on your record, it might be possible for your attorney to secure your admission into a diversionary program like Pretrial Intervention (PTI). Once you are admitted into the PTI program, you will need to successfully complete certain rigorous requirements, such as attending drug counseling sessions and taking random drug tests during a probationary period. At the end of the probationary period, the meth possession charges will be dropped, and there will be no record of a criminal conviction for a drug offense. Drug Court is yet another option that you may be able to use to get the charges dismissed even if your record includes previous convictions.

Can I get rid of a Meth Charge on my Record in New Jersey?

In addition to keeping you out of jail on a methamphetamine charge, an experienced attorney may be able to help you clear the arrest and charge from your record through a process known as expungement. Basically, an expungement seals the record of your drug arrest so that it effectively never happened. In the future, when you are asked on an official job application if you have ever been arrested for a drug offense or other crime, you can say, “No.” However, there are legal requirements that must be met before you can apply for an expungement in New Jersey. If you were admitted into the PTI program, then you must wait until six (6) months have passed since completion of the program before applying to have the record of your case expunged. If you were convicted or pleaded guilty to the methamphetamine charges, then you must wait 5 years before seeking an expungement. Also, keep in mind that some of the most serious methamphetamine distribution or trafficking charges might not be eligible for expungement. Contact us to discuss your specific situation and find out if you may be able to get your record expunged.

If you have been charged with possession or distribution of methamphetamine, it is important to have a skilled attorney fervently defend against the serious charges you are facing. The penalties surrounding a methamphetamine conviction can severely impact your life, including a prison sentence and substantial fines. To learn about the best available options in your drug case, speak with a knowledgeable criminal defense lawyer today by contacting the Law Offices of Proetta & Oliver. We are pleased to offer free consultations. Please call (908) 838-0150 anytime to ask your questions about possession or distribution of crystal meth in Union County and throughout New Jersey.

Learn more about Methamphetamine from the DEA.