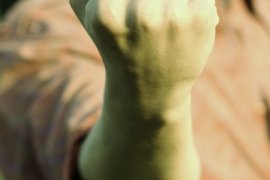 Our office recently secured a dismissal for our client who was a defendant in a final restraining order (FRO) hearing. A temporary restraining order (TRO) had been filed against our client a few weeks before by his ex-wife, who alleged that our client had criminally trespassed onto her property and harassed her. The two parties had been married and had an infant child in common. To make matters more complicated, there had also been a lengthy history of alleged domestic violence. In fact, there was a civil restraints order already in place from previous domestic violence litigation that required our defendant to do supervised pick ups and drop offs on the infant child at the local police department.

It should be noted that a trial is always a last resort for a defense attorney and we typically try to reach a resolution outside of court because the plaintiff only needs to prove the case “by a preponderance of the evidence”, which is a very low standard compared to “beyond a reasonable doubt” in a criminal case and makes beating a FRO very difficult. The matter was extensively conferenced by both attorneys but after no resolution was able to be reached, the case was set for trial. At trial, our attorney challenged the plaintiff’s credibility during cross examination to expose inconsistencies in her testimony. After the plaintiff’s veracity had been called into question, we presented the court with various case law that supported our contention that no acts of domestic violence had even taken place. Upon the conclusion of the plaintiff’s case, the court granted our motion to dismiss the restraining order and the prior civil restraints after finding that the alleged harassment and criminal trespass had not taken place and a FRO was not needed to protect the plaintiff.