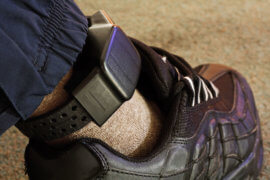 If you have been accused of a crime in New Jersey, the state must prove beyond a reasonable doubt, that your actions fit the elements of the crime for a conviction. Once convicted, a judge pronounces your sentence, whether it be incarceration, payment of fees, a combination of the two, or something else like probation. Sentencing those convicted of a crime or crimes is not a matter of a judge’s discretion alone, however. The judge has a legal range of possibilities in arriving at a sentence, from a prison term, say, three to five years for a third degree felony charge for example, to the terms of probation, if applicable. A judge may also make other orders that address a convicted person’s problems, like drug and alcohol counseling and community service.

Overall, sentencing laws are intended to achieve the goals of deterring crime, rehabilitating those who commit crime, safeguarding the public from crime, compensating the victim with restitution, protecting offenders from unjust sentences, informing those who would commit crime what punishment they face, tailoring punishment to the individual, and sentencing according to what the experts have verified to effectively punish and rehabilitate offenders. When it comes to criminal sentencing in New Jersey, it is crucial to understand what happens during this phase, what factors go into the court’s decision, and additional considerations that may apply when you are sentenced for a crime. Here’s what to know.

What is a Sentencing Hearing?

Judges notify convicted individuals of their sentence at a separate hearing. At the sentencing hearing, which should follow reasonably quickly after conviction, the defendant must be present unless they are granted a waiver and not required to attend. The person convicted may also make a statement, which may be an expression of remorse, often in hopes of swaying the outcome of the hearing. The victim or another person representing a victim may also speak at the hearing. This is also the time for any motions the prosecution or defense seek to consolidate convictions from other counties. Once motions have been granted or denied and the defendant and victim or their representative have spoken, along with any other court business, the court announces the sentence, including the facts and reasons for the sentence, and the terms of parole eligibility.

What do Judges Look at when Sentencing?

Factors configured in sentencing are called aggravating and mitigating factors, such as those that show the defendant has no remorse or may not be able to be rehabilitated, and inversely, those that show the defendant had a conscience, was provoked, or can be rehabilitated. The measure is, of course, the seriousness of the crime and how dangerous or injurious it was to others. A defendant’s prior criminal history also factors into the sentencing considerations, whether they had a clean record or appear to be a career criminal. But mitigating factors are not the only way for a defendant to get a lesser sentence in the range of possible sentences. The court must always explain the sentence, including the law dictating prison time and fines, as well as any enhancements to the sentence due to aggravating factors or reduction of the sentence due to mitigating factors. For example, cooperating with law enforcement upon arrest may be a mitigating factor, while resisting arrest and a high-speed pursuit may be aggravating circumstances.

Other considerations for a sentencing judge are the overlap of multiple crimes charges and convictions, merger, and concurrent versus consecutive sentences. Merger occurs when a judge sees that similar crimes with the same penalties were committed though alleged in the criminal complaint separately. So, if the same behavior amounts to more than one crime, merger may occur, meaning the defendant is not convicted separately for the different crimes, for example, conspiracy to commit theft and committing theft. The defendant may be charged and prosecuted for the separate crimes within other crimes but not convicted of each separately.

The law determines the range of incarceration and fines for indictable and lesser offenses. First degree crime convictions carry 10 to 20 years’ imprisonment, second degree with five to ten years, third degree entailing three to five, and fourth degree carrying up to 18 months. Disorderly persons offenses carry a jail term of six months maximum and petty disorderly offenses 30 days. Enhanced sentences are attached to certain crimes like murder, which increases a 20-year prison sentence to a 30-year to life prison term or life without parole if a law enforcement officer or a minor was the victim. Other serious crimes, like kidnapping a minor, violent sex crimes, gang activity, and certain drug crimes all come with enhanced prison sentences between 10 and 30 years.

In sentencing a prison term, a judge considers whether the crime committed is one with a prison term presumption. First and second degree crime convictions are presumed to come with prison time. Third-degree crimes and fourth degree crimes do not. However, a third degree indictable offense may also have a presumption of imprisonment if the convicted defendant was involved in organized crime, multiple domestic violence incidents, domestic violence in front of a child under 16 years old, and other life-endangering, fraudulent or malevolent activities that threaten to deprive others of health, life, or property. However, in the interests of justice, a judge can decide not to impose a prison sentence, despite the imprisonment presumption.

Other Conditions of a Criminal Sentence

In addition, the sentencing judge may add other conditions and terms of sentencing, such as victim restitution payments, community service, civil fines, license revocation, removal from public office, and commitment to a rehabilitation facility. These conditions may be imposed in addition to imprisonment, so long as they fulfill the purposes of the law and sentencing. A judge may also suspend a sentence on condition that the defendant commit no crimes, typically in non-violent offenses for those with no criminal history or excusable circumstances.

Special sentencing rules apply to young adult offenders and first- and second degree criminal offenders. Youths under 26 are sentenced to youth custodial detention centers for a maximum of five years, unless the crime they committed is subject to the Graves Act, which requires minimum sentences be served, for crimes like gun violations and other crimes specified in the act, or they have prior convictions with state prison sentences. First and second degree criminal offenders may be sentenced to a lighter sentence, a degree lower than the crime degree they committed, if case facts show the offender had mitigating circumstances. So, a defendant charged with a second degree crime may be sentenced to a third degree crime sentence if the judge finds the defendant likely to rehabilitate, for example. Defendants committing a second degree crime subject to the No Early Release Act must serve a minimum imprisonment term, however.

Reaching a Plea Deal Before Sentencing

Now, it is important to note that plea bargaining and reaching a plea degree with the prosecutor can significantly affect the sentencing outcome. The judge must approve the plea and agreed upon resolution, it must be allowed by law, and it must not deprive the defendant of their right to justice. However, many times taking a plea can serve your interests when you face particularly harsh sentencing if convicted at trial. This option should always be weighed after your defense attorney reviews all of the evidence, explores your potential eligibility for court programs, raises any challenges during pre-trial motions, and more, to ensure that you get the best result in your case. Knowledge and experience handling defense and the criminal justice process can be your greatest asset when you find a great lawyer to handle your case.

Our Union County criminal defense attorneys are prepared to advocate for you every step of the way when you have been charged with a crime in New Jersey. We encourage you to contact us to speak to a seasoned lawyer regarding your specific criminal case, defenses and sentencing options available to you, and what can be done to position you for the best resolution. Contact our local Elizabeth law office at (908) 838-0150 for a no-cost consultation.