Cranford Criminal Attorneys for those Charged with Kidnapping 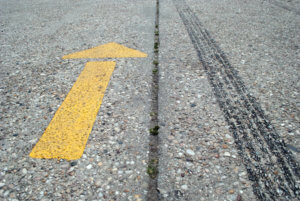 Kidnapping is one of the most extreme violent crimes that a person can commit or be charged with in the state of New Jersey. Depending on the facts of the case and the degree of the charge, you could be sent to prison for as much as 30 years if convicted, with even life in prison on the line under some circumstances. When the stakes are as high as they are in kidnapping cases, it is imperative that you understand the offense, the companion charges that can be filed, and the consequences of a conviction. At Proetta & Oliver, our dedicated team of criminal defense lawyers have the knowledge and experience you want on your side when facing kidnapping charges in the Union County, NJ area.

With local offices in Cranford and over a decade of experience defending clients charged with crimes such as kidnapping, robbery, aggravated assault, sexual assault, terroristic threats, and endangering the welfare of a child in Union, Elizabeth, Clark, Linden, Westfield, Rahway, Scotch Plains, and surrounding communities, our attorneys know what it takes to successfully defend your case. If you or someone you love has been charged with kidnapping in Union County or elsewhere in New Jersey, contact our office for a free consultation. You can reach us by message or by calling (908) 838-0150 now to discuss your case. We are waiting to help and combat the charges against you.

Clearly, under the statute, kidnapping incorporates many circumstances and fact patterns.

What Would be Considered Kidnapping in New Jersey?

The word kidnapping has been continuously associated with countless headlines in which people, mainly children, are the victims. For example, a five year old girl was taken from a Bridgeton Park by an unknown person in New Jersey. The reason for the abduction or what happened to her remains unsolved, but in some circumstances, the investigations of law enforcement reveal that a child may have been kidnapped by the other parent, a boyfriend or girlfriend, or someone whom the victim knows. This can often happen in custody or domestic disputes.

In other cases, the abductions occur to complete the commission of a crime. For example, someone kidnaps a victim as a hostage so that they can  successfully leave the state without fear of being captured or harmed. The victim could be used as a bargaining tool in such situations. Similarly, in carjacking cases, the victim may not be an intended target but is necessary to complete the crime of stealing the vehicle. Sometimes, however, kidnapping has little to do with the commission of a different crime and the sole intent of the perpetrator is to commit an additional offense against the victim. For example, many kidnappings occur because the person wants to harm another. The harm done to the victim can range from aggravated assault, to aggravated sexual assault, or other domestic abuse or harm.

Degrees and Punishments for Kidnapping in NJ

The degree of the crime and potential consequences in a kidnapping case vary depending on the facts and the harm done to the victim. In particular, kidnapping can be charged as a first or second degree crime. However, the majority of kidnapping cases involve charges of the first degree. This is because the law only allows for a second degree criminal charge to be filed if the accused is the person who releases the victim unharmed. Essentially, if the victim escapes or is rescued by someone other than the kidnapper, the crime is charged as a first degree. Both first and second degree crimes carry a presumption of imprisonment and the judge is obligated to impose a lengthy jail term in the absence of an alternative resolution.

Assuredly, you will be sentenced to state prison if convicted of kidnapping in the typical sense. The overall sentence depends on the degree, the nature of the crime, and companion charges for which you are convicted. For a first degree crime of kidnapping, the judge must sentence you to 15-30 years in prison. This is merely the baseline and you face even more time if the victim was less than 16 years old and you committed sexual abuse, endangered him or her, or received financial compensation for the kidnapping. If any of these fact-specific scenarios is proven, the potential sentence ranges from 25 years to life in prison, with the defendant required to serve 25 years before becoming eligible for parole. On the other hand, the potential term of incarceration is 5 to 10 years for a second degree crime of kidnapping.

Additionally, if you have been charged with homicide, there are more penalties that can ensue. Normally, the sentences for crimes for which you are found guilty merge and are served at the same time. But for kidnapping and homicide, the sentences can be consecutive (back to back), resulting in lengthy incarceration.

While crimes of kidnapping are considered particularly egregious, there are ways to defend a kidnapping case. Specifically, it is a defense that you had the permission of a parent or guardian to take a child or you reasonably believed that you had permission, that you took the child to prevent imminent harm, or the child was 14 or older and went with you by choice and no crime was committed against the minor. Even if none of these defenses apply, there are ways that our attorneys can help to successfully defend your innocence or minimize the penalties you face.

When taking on a kidnapping case, we review all of the evidence to determine the viability of the state’s proofs and can file motions and have hearings to challenge the legality of certain elements. For instance, if you gave a statement to police, we can file a motion to have it thrown out if it was obtained unlawfully. Likewise, if the police searched your home without a warrant looking for evidence, we can file a motion to suppress the evidence if it was obtained in violation of your rights. Alternatively, we can negotiate a deal to have the charges reduced and help you avoid mandatory sentencing. And when the case so warrants, our lawyers are thoroughly prepared to have a trial. For more information and an absolutely free consultation about your kidnapping charges, contact us at (908) 838-0150 today.