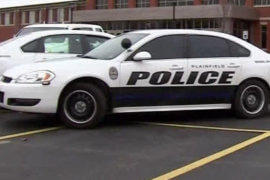 When a car accident occurs in New Jersey, the driver or driver(s) are required to stop their vehicles and abide by New Jersey law or risk being charged with leaving the scene of an accident. When an automobile crash occurs and a person doesn’t report it, police investigate and may ultimately make an arrest. For instance, Plainfield police recently issued a request for any information regarding a hit and run accident that occurred last week involving a collision between two vehicles. One of the vehicles hit and killed a pedestrian. The vehicle had two individuals in it and they both fled on foot after the crash.

Individuals who leave the scene of an accident that they cause or are involved in, might do so because they fear being held responsible for the accident. However, the act of leaving the scene is often what actually creates criminal liability. If the accident resulted in a death, the penalties will be even more severe. This article provides detailed information about New Jersey hit and run laws and leaving the scene of an accident charges. You can also contact our law office to speak with an experienced Union County criminal defense lawyer about your specific situation. We can be reached anytime at (908) 838-0150 to provide you with a free consultation.

What is the law on hit and run accidents in NJ?

Individuals who are responsible for a “hit and run” in which they flee from the scene are guilty of the crime of leaving the scene of the accident in NJ. If you are involved in a motor vehicle accident in New Jersey, you are legally required to stop. It is very common for traffic accidents to occur but leaving the scene of an accident is a serious offense. Sometimes, a person in fear of being charged with reckless driving, DWI, or another motor vehicle violation ends up being charged with a more serious crime simply because they fled the scene.

What are the penalties for leaving the scene of an accident in New Jersey?

Under New Jersey law, the first time you are convicted of leaving the scene of an accident, you are subject to up to 6 months of license suspension, up to 30 days in jail and a fine between $200 to $400. If the accident caused a death—like the recent case described above—you may be sentenced to a term of imprisonment of up to 180 days. Other penalties for leaving the scene of an accident resulting in personal injury or death include: a fine ranging from $2,500 to $5,000 and a one-year driver’s license suspension.

Should you turn yourself in if you were involved in a hit and run in New Jersey?

Trying to avoid accountability or hide from law enforcement will not make your problems go away—it will just make your problems even greater. If you were involved in an accident and then fled the scene of the accident for whatever reason—you were scared, you were in shock, you didn’t realize what had happened, you were avoiding law enforcement for some other reason—contact an experienced criminal defense lawyer today to discuss turning yourself in. If you agree to turn yourself in, it is possible that your lawyer may be able to make a deal with the prosecutor to make special arrangements, such as being released, with or without conditions, the same day you are processed. The most important thing to do is begin building a defense strategy, which is best left to a skilled criminal defense attorney.

Leaving the Scene of an Accident Lawyers in Westfield, NJ

If you are charged with leaving the scene of an accident in Union County, New Jersey you should find an experienced criminal defense lawyer to represent you right away. Whether you are guilty or innocent, you want to make sure you are well represented, as convictions for leaving the scene of an accident will result in license suspension, potential jail time, and fines. The lawyers at Proetta & Oliver have handled may hit and run cases and we are prepared to help you. Call our Cranford office at (908) 838-0150 to speak with an attorney today. We serve clients in Elizabeth, Scotch Plains, Summit, Linden, New Providence, Westfield, and throughout Union County, NJ.