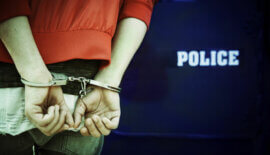 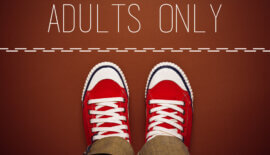 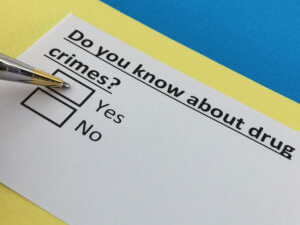 New Jersey has some of the toughest drug laws in the entire country, prosecutors often seek maximum sentences in these cases, and judges are all too willing to impose the harshest punishments allowed under the law to discourage future offenders. For defendants accused of committing drug crimes in Union County and throughout New Jersey, this makes it extremely important to speak with a knowledgeable criminal defense lawyer and start building a strong legal defense as soon as charges for controlled dangerous substances (CDS) are filed. Without a dedicated criminal attorney defending you throughout the legal process, you may put yourself at greater risk of losing your freedom because of a lengthy prison sentence and detrimentally affecting your future because of the impact of a drug crime conviction on your criminal record. With experience handling drug charges in Union County criminal cases large and small, we serve towns including Linden, Elizabeth, Scotch Plains, North Plainfield, Mountainside, Rahway, Roselle, Cranford, and Clark. If you have been arrested for drug possession or distribution of marijuana, cocaine, heroin, ecstasy, synthetic marijuana, methamphetamine, or prescription drugs in Union County, New Jersey, the defense attorneys at our firm can aid with the entire criminal justice process while challenging the state at every turn and fighting for your top tier outcome.

A controlled dangerous substance, also known as CDS, is a potentially addictive substance that has been deemed abuse-prone by the government. Controlled dangerous substances are regulated by the New Jersey Controlled Dangerous Substances Act, which was passed in 1970 and which has been amended several times since then. According to the law, any form of CDS with the potential for abuse must be regulated with respect to its labeling, handling, prescribing, and use. This applies to both illegal and legal drugs, including well-known substances such as prescription drugs, marijuana, cocaine, and heroin. Depending on its accepted medical uses and potential for abuse, a drug is classified under a particular “Schedule.” The breakdown of Schedules used to classify controlled dangerous substances can be found on our New Jersey Drug Schedules page.

Some of the most prevalent drug crimes in New Jersey include the following:

Our experienced New Jersey federal criminal defense attorneys are also thoroughly equipped to defend you in U.S. District Court against drug trafficking charges. If you have been contacted by police about potential involvement in a drug manufacturing or distribution operation, we can assist with every phase of your case, from questioning by federal agents, to negotiations with the U.S. Attorney’s Office, and ultimately, to formulating and executing the best trial strategy.

Charged with a Drug Crime, What Sentence could I be Facing?

The type of drug, the amount or weight of the drug, and the nature of the offense (i.e., whether the accused was distributing or merely possessing the drug) all play significant roles in determining the exact charges that a person might face in a New Jersey drug crime case. Generally speaking, the more “serious” drugs like cocaine and heroin are punished far more severely than certain others. In addition, the greater the weight of drugs that you are caught possessing, distributing, or trafficking, the more severe the penalties. Many controlled substances lead to third degree criminal charges for drug possession, such as heroin and cocaine. For a third degree felony drug offense, you face 3 to 5 years in prison. However, there is a presumption against incarcerating you if this is your first offense, making alternative options like Pre-Trial Intervention viable mechanisms for getting the charges dismissed. Conditional discharge is a similar diversionary program available in Municipal Court for disorderly persons CDS offenses.

The penalties for distribution of CDS can be even harsher than the penalties for illegal possession of a CDS, with some drug distribution charges carrying a possible sentence of up to 20 years in NJ state prison. Not only that, but with the Brimage Guidelines and sentencing mandates in place in New Jersey, the minimum sentence for a defendant convicted of distributing cocaine or heroin is three years in prison. In addition to mandatory prison time in applicable cases, a conviction for either possession or distribution of a controlled dangerous substance in New Jersey can carry other penalties. These additional penalties may include monetary fines, driver’s license suspension, and mandatory community service. Additionally, the defendant is likely to suffer long-term consequences that could last a lifetime: having a drug crime conviction on your record may make it extremely difficult for you to get hired for a job, apply for public housing, or secure a loan in the future.

The experienced attorneys at our criminal law firm defend every kind of drug crime case you can think of in Union County, including charges for possessing, distributing, intending to sell, manufacturing, and maintaining a premises for the purposes of making drugs. We have dedicated our careers to zealously challenging prosecutions of our clients charged with controlled dangerous substances in New Jersey courts statewide. For a free consultation with a lawyer who can advise you based on the particular facts and circumstances surrounding your arrest on charges for drugs, call (908) 838-0150 or send us a message 24/7.