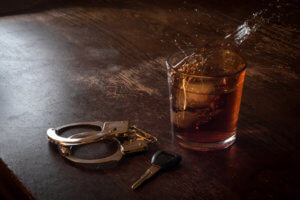 You had your first DUI and you swore you would never get one again. Ultimately, any number of life events, such as job loss, stressors with your significant other, celebrations with family or friends, or just one messed up night, can land you in jail and charged with a second DWI offense. You and many others across New Jersey have received motor vehicle charges for DUI and are now considered repeat offenders. Unless you have ten years between the first and second offense, the penalties for a 2nd driving under the influence charge are more severe than the first time you were arrested and convicted. If you find yourself arrested and charged with a second DWI in Union County, New Jersey, get straight answers and diligent defense representation from an attorney at Proetta & Oliver who knows how to help clients just like you.

Our experience and credentials are superior when it comes to defending driving under the influence charges in Cranford, Scotch Plains, Westfield, Union Twp., Linden, Elizabeth, Mountainside, and surrounding areas throughout Central Jersey. In fact, William Proetta is a trained and credentialed Alcotest operator and field sobriety test instructor with extensive knowledge about breath testing and field sobriety testing rules and procedures, as well as methods for disputing the validity of these test results. Simply call (908) 838-0150 for a free consultation and get more information about your second DUI charge today.

What are the penalties for second DUI in New Jersey?

Anyone who’s ability to drive is impaired by alcohol or any other substance may be subject to a DWI charge under N.J.S.A. 39:4-50. On top of that, the penalties for DUI gradually increase with each additional offense that a person receives and is subsequently convicted. In other words, a defendant accused of a second DWI offense will be punished more severely than those facing sentences for a first DUI.  Through increased punishment, New Jersey hopes to deter people from driving while intoxicated and driving under the influence of drugs repeatedly.

If you happen to be one of those people charged with driving impaired for a second time, the court is authorized to impose punishments including:

What is a ten year step down and how does it help me with a second DWI offense in NJ?

For some people, there may be a caveat or sentencing step-down that can lessen the punishments, as New Jersey law allows some repeat offenders to be treated as first offenders.  Particularly, if ten years or more have elapsed since the date of your first DUI conviction, you are entitled to be sentenced as a first offender. The judge takes into account that you have been DWI offense free for a substantial period and deserve a break in sentencing. The penalties widely differ in severity between a first and second offense. If you are entitled to a step-down, you can be sentenced to an ignition interlock device to be installed in your car, as opposed to a license suspension for 1 to 2 years. Likewise, the jail term decreases to between 12 hours and 30 days, plus the fine drops to a maximum of $400.

Does an out-of-state DUI count as a prior for a second charge in New Jersey?

Keep in mind that the law allows for out-of-state DUI convictions to be counted as priors when the law is similar in that state. Thus, some out of state convictions for driving under the influence will count as a prior offense for sentencing purposes. However, if the first offense was for a DWI in another state that would not have been considered a violation here, you should not be charged or sentenced as a repeat offender in New Jersey.

Our attorneys are trained at reading and reviewing DWI case discovery and spotting legal issues. In picking apart the case, we may find legal recourse and file motions disputing the sufficiency of the evidence. For example, some defense or ways in which we can fight the DUI are to challenge the cause for the motor vehicle stop, dispute the operability of the Alcotest device, exposing troubles with the machine or its operators, question the scientific reliability of the DRE, or present reasons why the field sobriety exam was faulty. When you choose to hire our criminal and DWI defense firm, you can rest-assured that we will review all information and uncover any potential issues that can help with your charges and may give us a route toward dismissal. Whether your arrest for DWI occurred in Clark, Roselle, Rahway, Roselle Park, Springfield, Summit or elsewhere in Union County NJ, find out more by calling our local Cranford office at (908) 838-0150 or contacting us online now. A knowledgeable second DWI defense lawyer is here to provide you with answers in a free consultation.