Two Arrested for DWI in Cranford 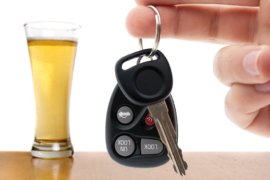 Cranford Police have been making an increasing amount of motor vehicle stops throughout the year, which has led to an increased amount of DWI arrests in 2014. The weekends consistently have the highest probability for DWI arrests because people are out on the town blowing off steam and cops are in full force.

Cranford Police even arrested two separate defendants for DWI on the same night. One defendant was arrested after police found him driving his Chrysler Sebring erratically and repeatedly crossing the yellow lines on North Avenue around 3 a.m. After further investigation police arrested him after finding an open alcohol container in his car, according to police reports.

That same night, police arrested a second man for DWI but they did not have to pull him over for erratic driving. Instead they found him slumped behind the wheel of his Lexus at a Raritan Road traffic light, with the car still in gear, according to police reports.

Cranford Municipal Court handles well over a 100 DWI charges each year. These DWI cases are difficult and complicated and are often prosecuted to the fullest extent of the law. An experienced DUI attorney is essential to defending your charges and can often be the difference between a conviction and dismissal.