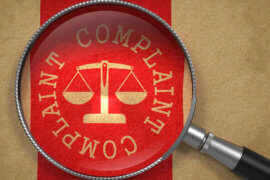 If you been accused of a crime in New Jersey, police and prosecutors must follow a number of steps before they can arrest you, charge you with a crime, summon you to appear court, and/or eventually bring you to trial. These steps differ significantly based on whether a prosecutor brings criminal charges against you through the use of a warrant complaint or a summons complaint. As experienced New Jersey criminal defense attorneys who regularly defend clients facing charges in Union County, we often run into clients who want a better understanding of what exactly it is they have been charged with. This article explores the difference between warrant complaints and summons complaints, for your information. If you have questions and would like to discuss your specific charges for shoplifting, cocaine possession, burglary, terroristic threats, gun possession, or another crime with a criminal defense lawyer at our firm, call our local Cranford office at (908) 838-0150. We offer consultations free of charge.

Charged with a Crime in Union County, What Happens?

To understand the difference between a warrant and a summons complaint in New Jersey, it is helpful to first have a basic understanding of how criminal arrests and charging decisions work in our state. If someone is suspected of committing a crime in New Jersey, police must first investigate that crime and establish “probable cause” that the person they plan to arrest is guilty of that crime. The “probable cause” standard requires that police identify evidence linking the suspect to the commission or participation in the crime at issue. Evidence can be physical, such as DNA, breath test results, or blood sample evidence, or it can come from video surveillance or witness testimony, among other things. Whatever the type of evidence, it must rise to the level that a reasonable person would believe that a crime had been committed.

Given a Criminal Complaint in Linden

If police gather enough evidence to meet the “probable cause” test, officers will then need to assess the specific level of crime and whether this requires charging you on a warrant complaint or a summons complaint. For example, you may be issued a complaint summons for an offense like disorderly conduct. On the other hand, you will be charged on a warrant complaint for a crime like aggravated assault. Here’s why.

In New Jersey, serious crimes such as robbery, theft by deception, and sexual assault are called “indictable offenses.” You may know these crimes as felonies, the term used for them in other states. Less serious crimes such as simple assault, possession of drug paraphernalia, harassment, and some theft charges involving less amounts, are classified as “disorderly persons” offenses. You may know this type of offense as a misdemeanor, as these crimes are called outside New Jersey.

Charged on a Warrant in Elizabeth

If you are charged with an indictable offense, prosecutors will file a warrant complaint against you. A warrant complaint requires judicial authorization, and there must be additional circumstances over and above a determination of probable cause to support this type of warrant. The complaint sets forth the charges against you and an arrest warrant is issued along with it. Once an arrest warrant is issued, police are authorized to seek you out and arrest you to compel you to appear before a judge. It goes without saying that an arrest warrant is serious. If a warrant has been issued for your arrest, you should seek out an experienced criminal defense lawyer as soon as possible.

Issued a Summons Complaint in Cranford

If you or a loved one is in need of a criminal defense attorney who can address your questions and aggressively defend you against criminal charges, call our firm today at (908) 838-0150 for help. Our team of criminal lawyers is prepared to provide your best defense in Cranford, Roselle, Linden, Mountainside, Summit, or anywhere else in Union County, NJ.