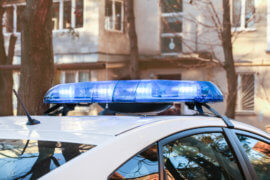 If you have been charged with having illegal handguns or other weapons in Clark or another town in Union County, NJ, it is vital to understand the criminal charges that you are facing and the potential consequences that may be forthcoming if you don’t have skilled legal counsel. Not only could you face serious weapons charges for the items themselves, but there are a host of related offenses that you may be charged with as well, one of which is called creating a false public alarm. Our criminal defense lawyers are committed to vigorously defending your rights in the face or gun or weapons charges in Clark and surrounding areas in Union County, New Jersey. With local offices in Cranford, we commonly appear in Union County Superior Court in Elizabeth on behalf of our clients at all stages of the criminal process. Call (908)-838-0150 or contact us online for more information and learn how we can fight for you. Our Clark weapons attorneys are available 24/7 to provide you with a free consultation.

In a recent case, a man living in Union County was arrested after law enforcement allegedly found over 15 firearms, ammunition, chemicals used for making explosive devices, and a number of fireworks in his home. Among the firearms were 12 long guns and 3 handguns. According to reports, a man called an emergency dispatcher in Union County to report that unspecified violent acts would be committed in the near future at his home on State Street. He asked that police respond to his home.

Clark police officers arrived and searched the home identified on the emergency call, but they did not find the caller at the house. However, they did find fifteen firearms in the home: three handguns and twelve long guns. They also found substantial amounts of ammunition. Potentially even more troublingly, they also found chemicals that could be used to create explosives, along with fireworks and other materials, at the home. Upon discovery, law enforcement seized all of these weapons.

The man who called police was ultimately located at the home of a family member in New York. Law enforcement officers from New York tracked him down in and subsequently arrested him. As of now, he is in custody awaiting formal extradition to New Jersey.

According to the Union County Prosecutor’s Office, the man will be charged with a third degree indictable offense for creating a false public alarm. This law classically applies to situations where someone causes a panic by calling out “fire” in a crowded theater, calls in a false bomb threat to a university, or contacts a school and threatens to shoot it up.

Under NJSA 2C:33-3, a person can be charged with and convicted of a third degree crime if they make a false report regarding a fire, explosion, crime, bombing, emergency, or catastrophe in a way that could result in alarm to the public or public inconvenience (such as the evacuation of a building, provided that the person who made the report regarding the disaster knew that the report was false at the time they made it. If you are convicted this crime, you face thousands of dollars in criminal fines and three to five years in prison.

Even worse, if someone is injured as a result of your false report about a bombing or other disaster, you can be charged with an enhanced second degree crime. If you are convicted, you may be facing between five and ten years in prison, and the state could impose tens of thousands of dollars of fines on you.

You can see how the example above shows how someone can create a situation in which police to respond to a threat of violent activity that a person knows is false at the time they called it in.

Arrested for Weapons in Clark NJ?

If you are accused of creating a public emergency, threatening someone with a weapon, possessing an illegal gun, aggravated assault with a weapon, or other weapons charges in Union County, you should consult a criminal defense attorney right away. Contact us at (908)-838-0150 to discuss your case free of charge.