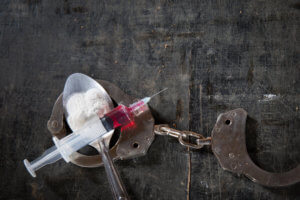 Located in Union County, NJ, Union Township has over 56,000 people living in the township as of the latest census. Beyond residents of Union, which includes neighborhoods such as Five Points, Vauxhall, Brookside Heights, Putnam Ridge, and Putnam Manor, there are thousands of others who regularly or occasionally visit and pass through the town. With the multitude of people in Union, New Jersey at any given time, police are constantly on the lookout for those in possession of drugs.

If you or another person has been accused of drug possession charges of any type in Union Township, NJ, you need to understand the grading of these offenses, the possible consequences, and how to respond to these allegations properly. Here, you’ll learn more about what to expect in the process of being accused of drug possession in Union, New Jersey. To discuss your specific charges for Possession of a Controlled Dangerous Substance like heroin, marijuana, cocaine, Ecstasy, methamphetamine, prescription drugs or LSD, contact our local Union NJ drug possession lawyers for a free consultation. You can reach us 24/7 by filling out an online form or calling (908) 838-0150.

N.J.S.A. 2c:35-10 is the law relating to drug possession charges in Union Township, New Jersey. Most of these allegations begin with a motor vehicle stop, although police officers can also search homes, persons, and other structures with cause to do so. Ultimately, the result of such a search can reveal a controlled dangerous substance falling under the New Jersey Drug Schedules. All illegal possession of drugs charges in Union are considered criminal offenses with serious consequences.

Understanding what counts as criminal possession of a controlled substance is important for any person accused of violating section 2c:35-10. In New Jersey, this is defined as intentional control, dominion, and the ability to affect and care for the specific drug in question physically. There is an important distinction between actual and constructive possession when it comes to Union Township drug charges. Actual possession means that the substance or item was on the person or under his/her direct control at the time of the search or arrest. Constructive possession, however, is more complicated. Under constructive possession, law enforcement officers can arrest a person for possession even if that individual accused did not physically possess the drugs at the time.

A common example of constructive possession has to do with a vehicle that the accused person owns or is located in at the time of their arrest. If another person like a friend or family member used the car and at one time to purchase or transport drugs, a police officer could still charge you with drug possession based on constructive possession if they found drugs in the car during a vehicle search. Learn more about being charged with someone else’s drugs by clicking the link.

Classifications of Drugs for Drug Possession in Union, New Jersey

It is important to recognize the differences between different drug schedule classifications when accused of possessing drugs in Union, NJ. Schedule 1 controlled dangerous substances are those that have high abuse potential and no accepted medical use in the U.S. Heroin, marijuana, and ecstasy are all Schedule I drugs in NJ. Schedule II controlled dangerous substances have accepted medical uses with restrictions but also carry the high potential for abuse. These drugs include Oxycodone, Vicodin, Morphine, Cocaine, and Crack Cocaine.

Drugs classified in Schedule V could lead to charges of fourth degree crimes with fines up to $15,000. Possession of over 50 grams of marijuana, including any form of dilutant or adulterant, or over five grams of hashish, is a fourth degree crime with fines of up to $25,000. Disorderly persons offense apply for five grams or less of hashish and possession of less than 50 grams of marijuana.

Third degree crimes of drug possession are punishable by up $35,000 and between three and five years in prison. An additional punishment of a minimum 6-month driver’s license suspension also applies even if the crime in question did not happen in a motor vehicle. First time offenders, however, benefit from the presumption of non-imprisonment for a third degree drug charge. For example, for a first time offender, other options with regard to punishments might be available, including diversionary programs like Pre-Trial Intervention (PTI).

If you have been accused of drug possession in Union Township, NJ, it is essential to speak with an experienced defense attorney about your options as soon as possible. Applicable defenses to controlled substance charges include: no probable cause to search a vehicle, lack of probable cause to arrest, no warrant to search, no constructive or actual possession, and involuntary consent to search. Given the many complex aspects of handling a drug charge, a dedicated Union Township drug possession lawyer can assist you with the handling of criminal allegations related to possession of a controlled dangerous substance. Discuss all of your options with an experienced drug possession defense attorney in Union, New Jersey by calling our firm today. We can provide you with a free consultation anytime, day or night, at (908) 838-0150.