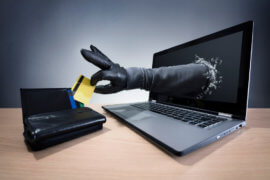 Theft is a common offense, not only in Union Township, but throughout Union County as well. For instance, there were approximately 698 thefts that occurred in Union, New Jersey in a single year, per the most recent data, as well as 82 motor vehicle thefts in the township. Beyond typical theft charges, there were 35 robbery crimes and 99 burglary offenses in Union Township in a one-year period, all of which involve the underlying crime of theft. Whether theft is committed by deception, through extortion, theft of services, identity theft, stealing credit cards, writing bad checks, or another form of theft, these are serious offenses with major consequences if convicted. If you are facing prosecution for allegedly committing theft in Union, it is important to understand the nature of the specific charges, the consequences you face based on the degree of the crime, and defenses or other options that may be available to get your theft case dismissed or minimize your potential exposure to penalties. If you would like to speak with a local Union Township theft attorney who can provide you with individualized answers and aggressive defense representation, contact our team at Proetta & Oliver today. You can reach us online or by phone at (908) 838-0150 for a free consultation.

Under N.J.S.A. 2C:20-3, a person commits theft if he takes property that belongs to another with the intention to “deprive” the rightful owner of the property. Theft is not borrowing something and giving it back or taking something with the intention of returning it. Theft means that you take or attempt to take something that does not belong to you, with the purpose of permanently depriving the rightful owner. You can commit a theft by taking physical property, otherwise known as “movable” property or charged with theft for taking that which is “immovable.”

There are other types of theft that may lead to criminal charges in Union or elsewhere in New Jersey as well. For example, shoplifting is among the most prevalent forms of theft. Even crimes like receiving stolen property are also considered a means of theft. And in some cases, multiple theft-related charges are issued in connection with the same incident. For instance, recently a man was charged with 37 counts of criminal conduct in Union, including several burglaries and theft crimes. The man is alleged to have smashed the windows of cars parked in the township with the intention of stealing items (movable property) inside. Whether he took items of nominal value like an ice scraper or spare change, or a more valuable item like an iPhone, one thing is certain, stealing anything in Union Township or elsewhere in New Jersey warrants prosecution for theft. The defendant’s alleged actions in this example, smashing the window to gain access to the vehicle with the purpose of committing theft, makes a charge of burglary permissible. Additionally, the man charged in this case allegedly took three cars without permission of the owners. This is also an act of theft, specifically, auto theft.

New Jersey categorizes theft offenses as either indictable crimes or disorderly persons offenses. Indictable crimes are the more serious offenses, ranging in seriousness by degree from first degree through fourth degree. In the case of theft offenses, the grading is based upon the value of the item(s) taken and in some cases, the specific type of property involved in the incident.

If the value of the property in a theft case is less than $200, the charges will be heard in Union Township Municipal Court located at 981 Caldwell Avenue in Union, NJ. In court, if the state can prove that you took an item without permission or attempted to steal something, that the item had any value up to $200, and that you had no intention of returning it to the rightful owner, you may be convicted. If you plead to or are convicted of a disorderly persons offense for theft, the judge can order you to spend as many as 6 months in the Union County Jail. You are also exposed to fines of up to $1,000, in addition to court costs and mandatory fees. Also, if there is restitution owed for the property involved, you may be placed on probation until the amount is paid off.

If you have been charged with a felony for theft, the offense is graded as a second, third, or fourth degree crime. This applies to theft of property valued above $200. Thefts such as these will be heard in Union County Superior Court located at 2 Broad Street in Elizabeth, NJ. The degree of the charge is based upon the value of the item(s) taken and in special cases (such as motor vehicles), the property in question. The consequences for theft felonies vary depending on the degree of the crime. The possible charges and penalties are as follows:

All theft offenses can result in a substantial loss of your freedom. As you can imagine, any amount of time in jail can be harmful to you and your loved ones. Our Attorneys are aware of this and will leave no stone unturned in defending you against theft allegations.

Defense for Theft in Union NJ

The best means for defending your case can mean different things depending on your prior record, available evidence, and other fact-specific elements of your case. For example, you may admit that you committed a theft but may disagree as to the amount. If this is the case, we will put the state to its proofs and demand a hearing in which the value may be disputed. Or, we can negotiate with the prosecutor for a charge downgrading, thereby lessening the degree of the charges and your overall exposure to punishments. Or, perhaps you are in a situation in which you admit that you took the item but you maintain that you had permission to take it, thereby negating the charge of theft. We will review the information that you have such as texts, voicemails, and witness information to establish this. In other cases, you may be eligible for a diversion such as the Pre-Trial Intervention Program, whereby your charges are ultimately dismissed if you comply with program requirements. You can maintain a clean criminal record with this option, as is the case with the Conditional Dismissal Program in Union Municipal Court.

Still more, there may be insufficient evidence to satisfy all of the elements required for a theft conviction. For instance, no security footage exists, the store employee fails to appear in court, or the prosecutor fails to provide us with complete discovery. You also have a right to a speedy trial, so if your case drags on for too long without any progress, we can submit a motion to dismiss based on this violation of your rights. Depending on the specific circumstances of your case, we will conduct a thorough review of the evidence, identify any potential challenges, and if one or more exist, we will leverage this in court to achieve an outright dismissal.

No matter what your Union Township theft case involves, our attorneys have the knowledge to evaluate your options and experience to best represent you in court. If you are dealing with theft charges filed in Union, New Jersey, contact our office today at (908) 838-0150 to speak with a skilled Union theft defense lawyer free of charge.