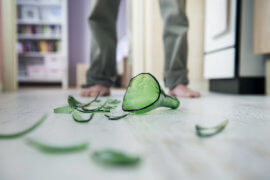 Need a Lawyer for Restraining Order Case in Westfield NJ?

There are approximately 30,000 people living in Westfield. Nearly 8,100 families make up the total population, which makes it a popular town to raise a family. But what happens when personal relationships spiral into threats, harassment, or violence? Whether you are Husband and Wife, Boyfriend and Girlfriend, Sister and Brother, roommates, or exes, if you get into an altercation or argument, you may be facing legal problems related to domestic violence. As a result of an accusation of domestic violence in Westfield, you may face criminal charges as well as a restraining order placing conditions upon your future behavior. The restraining order can often be used as a tool to protect a person from domestic violence but, unfortunately, it can also be used as a weapon against the party who is deemed the aggressor. If you or someone you know has been summoned to Union County Superior Court to answer a complaint for a restraining order, or are facing criminal charges due to an alleged domestic dispute, contact our experienced Westfield domestic violence attorneys for help. If you go it alone, you could wind up losing more than just contact with the other person. Find out how we can assist with disputing the allegations by calling (908) 838-0150 today. Consultations are free and confidential.

What is Considered Domestic Violence in Westfield, New Jersey?

Not everyone who has committed any one of the above acts can be considered a domestic violence perpetrator. Similarly, not everyone who has suffered as a victim from one of the above crimes is a qualified victim under the law. The Prevention of Domestic Violence Act is designed to protect people from acts of violence committed by someone with whom they have had a specific type of close, interpersonal relationship. A protected party under the act is someone who has a certain standing under the law. To qualify as a protected party, or one entitled to protection from domestic abuse, the court must find that the plaintiff is:

Often, the cases involving domestic violence are the result of a spat, divorce, or disagreement. But sometimes, these events can be more serious, resulting in criminal charges.

What court will I attend for a Westfield Domestic Violence Case?

There are two courts that you can attend for issues concerning domestic violence in Westfield. If the alleged victim files a temporary restraining order against you, you will attend Union County Superior Court for the final restraining order (FRO) hearing. You may also be arrested if it is alleged that you committed a disorderly persons offense or felony criminal offense against a protected party. Initially, when police respond to a call for domestic violence, they assess the situation, making a determination as to whether anyone is injured or shows signs of abuse. If so, the officer is required to take the alleged abuser into custody. The defendant will then be detained in jail until the court determines whether or not he or she can be released. While detained, the police may assist the alleged victim in filing for a temporary restraining order (TRO) with the municipality in which the incident took place. Thereafter, the person accused of domestic violence will receive a copy of the order and a notice to attend the Union County Family Court for a hearing regarding the potential final restraining order.

In court, you will have a chance to tell your side of the story before a permanent order can be issued. The Judge will listen to both sides, assess the credibility of witnesses, determine if abuse occurred, and rule on whether the person is entitled to protection. If the court issues the order, you will be restrained from contacting the victim or coming within so many feet of him or her, be prohibited from possessing weapons, and you may even be required to seek treatment for domestic abuse.

Sometimes, the case does not stop in the Family Court, and allegations of abuse give rise to a criminal complaint. The criminal case is heard separately from the family matter and you face criminal penalties such as county jail time or state prison. Aggravated assault is a common form of domestic violence heard in Superior Courts across the state. This charge may be filed if you are accused of causing serious bodily injury or strangling your domestic partner, among other eligible actions under the statute. Likewise, simple assault charges may be filed in less serious assault cases. When arising in Westfield, these cases are sent to Westfield Municipal Court pending adjudication.

Can an Attorney Help me with a Westfield Restraining Order or Domestic Violence Criminal Charge?

Our lawyers are well-versed in the areas of domestic violence and criminal law, and we understand how these accusations often arise. We know how to skillfully argue a case, cross-examine witnesses, and reach agreements that lessen the impacts that an FRO or criminal case can have on you and others. In the case of a final restraining order hearing, we can cross-examine the victim and expose the truth or demonstrate their lack of credibility. In the criminal context, we will gather and review all evidence, defend you at a trial, and diligently argue for your release during detention proceedings.There are countless ways that a domestic violence case in Westfield and Union County can play out, but there is one way to attack it: head on. To talk to a knowledgeable lawyer at Proetta & Oliver about your best avenues toward a positive outcome, contact us today at (908) 838-0150 for a free consultation.