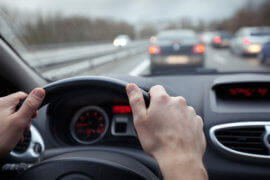 Arrested for DUI on Heroin in Union County, NJ? New Jersey law makes it illegal to drive under the influence of not only alcohol, but drugs as well. You can be arrested for driving under the influence of meth, cocaine, marijuana, Xanax, and heroin—among other habit-forming drugs—if the drug renders you unable to drive as well as a sober person under the same circumstances and you nevertheless operate a car. If you are arrested for a drug DUI because you were driving under the influence of heroin, you can face severe and additional drug possession charges. Keep reading to find out your exposure when charged with driving on heroin and drug charges in Union County, New Jersey. If you need help fighting a DUI in Mountainside, Cranford, Linden, Summit, Elizabeth, Union Township, or a town nearby, call us now at (908) 838-0150 for a free consultation with an NJ DUI defense lawyer.

Facing Driving under the Influence of Heroin Charges in Linden

If you are stopped on suspicion of driving under the influence of drugs and display symptoms associated with heroin use—or if you display symptoms of impairment but blow into a breath test machine and register little to no alcohol in your system—you may be asked to give a blood sample to test for the presence of drugs. You may also likely be asked to submit to a Drug Influence Examination administered by a Drug Recognition Expert. This evidence may lead to a drug DUI conviction or an under the influence of heroin conviction.

New Jersey statute, NJ Rev Stat § 2C:35-10, states that it is illegal for a person to be under the influence of heroin. The law further states that any person who uses a drug like heroin, or drugs similar to or related to heroin, is guilty of a disorderly person offense (often referred to as a misdemeanor offense in other states).

To prove that you are under the influence of heroin, a New Jersey prosecutor may present evidence that you were displaying physical or physiological symptoms or reactions caused by the drug at the time of your traffic stop. Such proof can be supplied through the Drug Influence Examination discussed above. Furthermore, a New Jersey prosecutor can introduce evidence of the drugs found in your blood stream after scientific analysis of the blood sample you provided. If these methods of proof establish that you were using heroin, you can face an under the influence of heroin charge in addition to a drug DUI charge.

If you are arrested for a drug DUI and heroin is found in your car, you can face a charge of heroin possession. If the police collect heroin from your car—and a drug test identifies that the substance collected is in fact heroin—you can suffer a third-degree criminal conviction with fines in the tens-of-thousands of dollars and possible jail time up to 5 years.

Found Heroin Paraphernalia in my Car in Cranford, New Jersey

If police find drug paraphernalia associated with heroin in your car (e.g., needles, cotton balls, spoons or bottle caps, foil, lighters, rubber hose, etc.), you can be charged with a separate crime in addition to your drug DUI and drug possession charges—you can be charged with possession of drug paraphernalia—and this additional charge can result in suspension of your driver’s license, a fine of up to $1,000, and up to six months of jail time.

If any of the above charges applies to your situation, you are facing serious penalties that can adversely impact your life for years to come. Finding a lawyer who understands the complexities of New Jersey criminal laws and how to use them to your advantage is essential at this critical moment in time. Whether you have been arrested for DUI on heroin, heroin possession, heroin drug paraphernalia, or another related crime, the experienced DUI defense lawyers at Proetta & Oliver are here for you. Call (908) 838-0150 to discuss your defense in a free consultation.