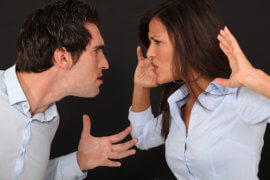 A defendant who has been convicted of a misdemeanor crime of domestic violence is considered unfit to own or possess firearms. Furthermore, once a Final Restraining Order (FRO) is placed against you, federal and state law prohibits you from owning firearms and you are required to forfeit all your guns, weapons and firearm permits pursuant to the Federal Firearm statute, 18 U.S.C . 922g(9) and State v. S.A., 290 N.J. Super. 240 (App. Div. 1996). Once the court orders the forfeiture of your weapons, you have 60 days to sell any firearms to a registered dealer under N.J.S.A. 2C:25-21(d). This provision guarantees that the constitutional provision against the taking of property without just compensation will not be violated. Under the same logic, if you have a FRO issued against you, you will not be able to obtain a firearms purchaser identification card.

Therefore, if you own firearms and you are the defendant in a domestic violence case or final restraining order it is important that you contact an experienced attorney to protect your interests. By law you are entitled to have a hearing within 45 days after your weapons have been seized. When the police seize any weapons from a domestic violence case, they immediately turn them over to the County Prosecutor’s Office. The Prosecutor’s Office then has 45 days from the time they take possession of the weapons to determine whether they want to take forfeiture action against the owner of the weapon. Forfeiture proceedings are civil hearings that are completely different from any criminal charges you may be facing for the alleged domestic violence. Each defendant is entitled to a summary hearing where they have an opportunity to argue and put forth their case as to why the weapons should not be forfeited.