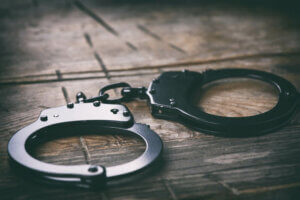 “Criminal restraint” and “false imprisonment” sound like very serious criminal charges because they are very serious criminal charges. Law enforcement won’t hesitate to make an arrest in these cases, and prosecutors and judges do not back down from enforcing the law and penalties in these cases, especially when the charge stems from an allegation of domestic violence. If you are convicted or plead guilty to a criminal restraint charge violating N.J.S.A. 2C:13-2., or the lesser-included offense of false imprisonment, there is the very real possibility that you could face significant prison or jail time, as well as other criminal penalties. Beyond that, these charges may be accompanied by a restraining order, which can place serious restrictions on your ability to live your life how you choose, even if you do manage to avoid jail time. In fact, a restraining order effectively terminates your right to own weapons in New Jersey, and often unintended consequence in cases of this kind. Below explains what it means to be charged with criminal restraint or false imprisonment in New Jersey, as well as the difference between the two charges. If you have been arrested and charged, you should seek answers and analysis with regard to your particular case by speaking to an experienced criminal defense attorneys such as ours at Proetta & Oliver. Our accomplished team of criminal lawyers has achieved success on behalf of numerous clients facing criminal restraint and false imprisonment charges in Union County, NJ. We frequently appear on behalf of clients who have been arrested in Clark, Elizabeth, Summit, Linden, Livingston, Springfield, and Hillside. Call our office today to receive a free confidential consultation with a criminal attorney who will talk through the nuances of your case and potential defense.  By contacting us at (908) 838-0150 or filling out our online form, you can get in touch with a defense lawyer dedicating to serving your best interests.

Criminal restraint charges are addressed in the NJ Criminal Code by N.J.S.A. 2C:13-2. The statute identifies two types of conduct that can lead to a person being charged with criminal restraint:

False imprisonment is basically a lesser offense of criminal restraint. False imprisonment is covered by N.J.S.A. 2C:13-2 of the New Jersey Criminal Code, with the statute stipulating that a person can be charged with this offense if they knowingly restrain someone to interfere with that individual’s liberty. There is no statutory requirement that the offender put the victim at risk of physical injury. Additionally, the idea of interfering with someone’s liberty is extremely vague, which gives authorities a great deal of latitude when deciding whether to arrest and charge a person with false imprisonment. The basis for a false imprisonment charge could be verbal threats against your girlfriend or spouse, or even just your refusal to leave the room after getting into an argument with your significant other. In other words, if police are called to your home on a report of domestic violence, and they are unable to arrest you for criminal restraint, there is a decent chance that they could rely on the false imprisonment statute to bring charges against you.

Criminal Restraint vs. False Imprisonment when You have been Charged in NJ

Criminal restraint and false imprisonment are basically different degrees or grades of the same offense: holding a person against their will. But there are important differences that make the two offenses distinct.

Although criminal restraint and false imprisonment both deal with the crime of holding someone against their will, and the two charges tend to overlap in a lot of ways, there are still some meaningful differences. For example, a major difference between the two charges is how they are handled by law enforcement and prosecutors. Since criminal restraint is a felony-level offense, a person charged with criminal restraint may be arrested by police and held pending a detention hearing. By contrast, false imprisonment is a disorderly persons offense (a misdemeanor), so a person charged with false imprisonment might simply be issued a summons to appear in court at their first appearance. Note that if police charge you with one or both offenses in connection with a domestic violence call, you could be arrested and detained until a judge makes a decision about your release regardless.

Additionally, criminal restraint and false imprisonment cases are each handled in different courts that have very different procedures. If you are arrested on a criminal restraint charge, the case will be sent to the Superior Court located in the county where you allegedly committed the offense. The county prosecutor will then need to secure a grand jury indictment before you can be formally indicted and your case fully litigated, and the case will then be scheduled for trial. By contrast, false imprisonment cases are sent to the local Municipal Court in the city or town where the offense allegedly occurred. The local prosecutor can then bring those charges to trial without first needing to take the case before a grand jury. However, since there are no jury trials at the Municipal Court level, false imprisonment cases are always decided by a judge in what is known as a bench trial.

Perhaps the most significant distinction between the two charges is that a criminal restraint conviction will expose the defendant to much harsher penalties than a conviction for false imprisonment.

What Are the Penalties for Criminal Restraint and False Imprisonment in New Jersey?

Criminal restraint is classified as an indictable offense, while false imprisonment is classified as a disorderly persons offense. This means that a conviction on criminal restraint charges can result in significant prison time for the offender, while false imprisonment charges carry the possibility of substantially less jail time. The most significant penalties for these charges include the following:

The different classification of these two charges is the reason that the range of possible penalties differs. Importantly, since neither offense is classified as a first or second degree felony (like kidnapping or unlawful possession of a weapon), there is a presumption of non-incarceration for both. This means that first-time offenders with no prior criminal record may be able to avoid any jail time at all. But this is still ultimately at the discretion of the judge.

The bottom line is that both of these criminal charges carry severe penalties, which is why you need to make sure you have an attorney handling your criminal restraint or false imprisonment case from the detention hearing through trial. Without qualified legal counsel to guide you through the NJ criminal justice system and to help you fight the charges, your future and your freedom could be in serious jeopardy. Contact our Union County criminal defense lawyers at Proetta & Oliver for immediate assistance in a free consultation, or to schedule an appointment at our local office in Cranford, NJ. 24/7 Consultations are Available by Calling (908) 838-0150.