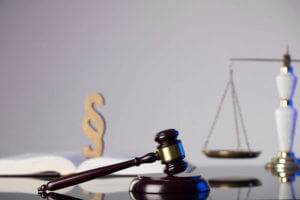 If you have been charged with assault in Linden, New Jersey, there is a chance that you may be held in the county jail until released by a judge or until the case is resolves by trial, plea, or dismissal. Criminal Justice Reform changed the landscape of bail in New Jersey, forcing courts to look at specific factors, not money, before releasing a defendant charged with an indictable crime or a disorderly persons offense involving domestic violence. You have an increased chance of being held pending a detention hearing if you have been charged with simple assault in connection with a domestic violence case, or aggravated assault in which a person suffers serious bodily injury. In Linden, simple assault cases are heard in Linden Municipal Court while aggravated assault cases are heard in the Union County Superior Court. In both courts, jail time and various fines and penalties may be imposed if you are ultimately found guilty.

The first step for any person charged with assault in Linden is to retain an experienced criminal defense attorney who understands the system and can help facilitate your release while the case is pending. Remaining in jail can put you at a disadvantage and seriously hinder your life in the interim. Even if you have been released after being charged with simple assault or aggravated assault in violation of N.J.S.A. 2C:12-1, seeking counsel from a knowledgeable Linden criminal defense lawyer is extremely important to securing a favorable outcome in your case. For a free consultation and further explanation of what your charges mean, as well as a cursory overview of your options when charged with assault in Linden, contact Proetta & Oliver at (908) 838-0150 today.

To be found guilty of simple assault, the state must prove that you:

1) purposely, knowingly, or recklessly caused or attempted to cause bodily injury to another; or
2) caused bodily injury negligently with a deadly weapon; or
3) tried to put someone in fear of injury by displaying menacing behavior.

The term “purposely” requires the state to show that it was your intention to cause injury. Similarly, “knowingly” means that you understood that your behavior would cause injury, while “recklessly” simply means that you disregarded the risk that your behavior would cause injury. The state must also prove that you caused or attempted to cause “injury” to another. Unfortunately, the term “injury” in the simple assault context does not require any serious harm. Some examples of simple assault injuries include: scrapes, black and blue marks, abrasions, scratches, red mark from a slap, a tingling sensation, and bumps and bruises.

Simple assault cases often arise in the context of an argument that ensues between two people in a dating or family relationship. For example, husband and wife, boyfriend and girlfriend, brothers, mother and daughter, and similar relations, qualify as a domestic violence case if there is a violation of N.J.S.A. 2C:12-1 by an act of simple assault. As such, simple assault is often the charge used as the basis of a complaint for domestic violence and accompanying temporary restraining order.

Additionally, causing injury recklessly under “circumstances manifesting extreme indifference to the value of human life” will allow a charge for aggravated assault. Any crime of aggravated assault is an indictable offense, the consequences for which can include time in state prison.

Penalties for Felony vs. Misdemeanor Assault in Linden

When facing Linden assault charges, the potential penalties and sentencing range depend upon the severity of the crime in question. For simple assault cases, you will be required to attend Linden Municipal Court located at 301 N Wood Avenue in Linden. Once in municipal court, you will have the option of pleading guilty via plea agreement or you may choose to have a trial in which the state must prove your guilt. If convicted, you can be sentenced to jail time of up to 6 months. You may also be ordered to pay as much as $1,000 in fines, as well as the required state penalties of at least $125 and court costs and fees.

If, however, the injuries sustained are more serious or the assault is committed against law enforcement, you will be required to go to Union County Superior Court to face aggravated assault charges. Any case involving aggravated assault will be heard in the Criminal Division of the Superior Court of Union County located in Elizabeth. Once there, the State will have the option of filing a motion to detain you and to have you continuously held in jail until the outcome of your case is determined. In order to have you detained while your assault case is adjudicated, the court must find that you are at risk of not appearing in court, that you will likely commit another offense if released, or that you are a danger to others in the community. The court considers the current offense and prior record of the accused when determining release, as well as other enumerated factors. Regardless of your being held or released, you will be required to attend court to try to resolve your case via plea, dismissal, or eventually, a trial before a jury.

If convicted of an indictable offense for aggravated assault, you will face certain mandatory and discretionary penalties. For second degree crimes, you face prison time of between 5 and 10 years and fines of up to $150,000. In some cases, you may also be ordered to serve 85% of your sentence before you are eligible for parole. While a second degree criminal charge for aggravated assault can happen, third degree assault crimes are more common in Linden and throughout the state. If convicted of a third degree crime for aggravated assault, you may be sentenced to prison for 3-5 years and be ordered to pay up to $15,000 in fines. It is not mandatory that a person be sentenced to state prison for a third degree crime, as there is a presumption of non-incarceration for first-time offenders. Instead, the court has the option of placing you on probation, allowing participation in Pre-Trial Intervention (PTI), or ordering a county jail sentence. It is important to note, however, that admission into Pre-Trial Intervention requires special permission from the prosecutor when the defendant has been accused of assault.

Regardless of whether you have been charged with simple assault or aggravated assault in Linden, you can increase your chances of a better result by seeking experienced legal counsel. For example, you may be able to attend anger management, maintain a job, and/or engage in therapy to demonstrate to the state that jail is not the answer in your case. There may even be evidence, or lack thereof, that supports your assault charge being dismissed entirely. Contact our criminal defense attorneys at (908) 838-0150 to discuss your assault case in Linden free of charge. We will advise you not only on your rights, but how we can aid in devising your best defense. If you or a loved one is currently in jail after arrest for assault, our lawyers will fiercely advocate for your release and your interests thereafter. For a free consultation, simply contact us 24/7.