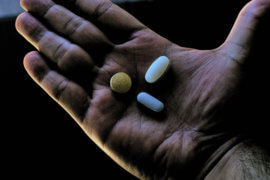 Our New Jersey criminal attorneys recently defended a client who had been pulled over and arrested for third degree possession of a controlled dangerous substance after troopers found a suboxone pill. The whole thing started after a trooper pulled over our client's car because his brake light was out. Once he approached the car however he claimed to smell burnt marijuana emanating from inside the vehicle. Based on the smell, the trooper requested him to step out of the car and placed him ... Read More» 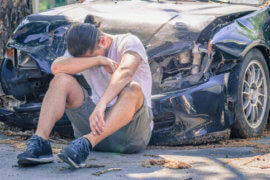 In a recent case, our Linden DWI attorneys defended a client who was arrested for drunk driving after smashing into another vehicle sitting at a traffic light. Cops were quickly called to the scene where they first encountered the defendant standing outside his car that had heavy front end damage. They initially noticed him swaying back and forth and when they asked him where he was coming from and if he had anything to drink he responded by telling them he was at Taboo and had been ... Read More» 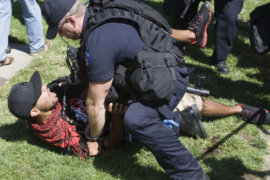 Our Union County criminal attorneys recently defended a young man who had been arrested in Rahway after police reported to the scene to investigate reports of an individual going into people's backyards and damaging property. Once in the area they encountered a man they believed met the description and tried to stop him in order to investigate further. However, according to police reports, the man began to flee from the police but then stopped and turned around and came toward the police ... Read More»