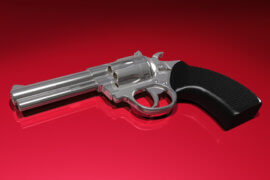 The streets of Elizabeth turned deadly this week when two men were found dead from fatal shooting within just 30 minutes of each other. It is unclear at this time if the shootings are related. At least one of the men appears to have been shot at close range with a handgun which is indicative of a premeditated "hit". Both shootings are under investigation by the Union County Homicide Task Force and the Elizabeth Police Department according to a joint statement by acting Union County ... Read More»

Superior Court Judge Mark Ciarocca ended a high profile political lawsuit today when he ruled that the Berkeley Heights Police Chief, Mike Mathis would not get reinstated. The lawsuit had claimed that Mathis was forced out of office by Mayor Joe Bruno earlier this month, after he emailed the mayor announcing his intention to retire and then days later changing his mind. According to court documents, Mathis filed paperwork with the state Division of Pension and Benefits but later withdrew it ... Read More»