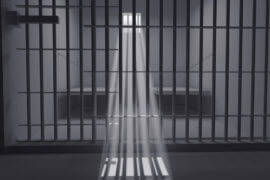 Bar fights occur with some frequency in New Jersey, and you can face serious criminal charges if a bar fight goes wrong. The Union County Prosecutor’s Office recently issued a press release describing one such bar fight that culminated in a tragic result. Specifically, a resident of Elizabeth, New Jersey, was recently arrested and charged with first-degree aggravated manslaughter for taking part in a bar fight that left a man dead in July of this year. Officers allegedly responded to Ben’s ... Read More»